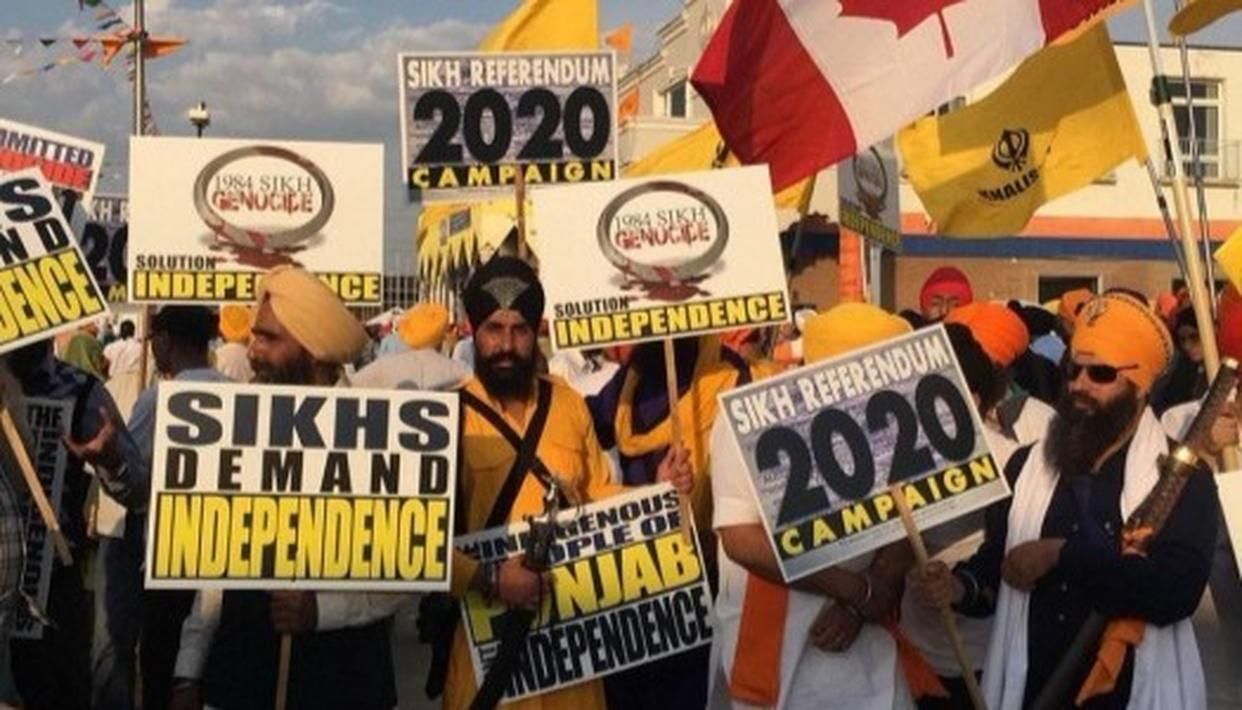 On April 12, 1980, Jagjit Singh Chohan declared that he had formed the National Council of Khalistan at Anandpur Sahib of which he is the president and Balbir Singh Sandhu the Secretary General. The same year, he travelled to London to make the announcement of the formation of Khalistan (Khalistan Movement). He had issued Khalistan’s Passports/postage stamps/currency and claimed himself the president of ‘Republic of Khalistan’.

A place nowhere to be found in the world map today, what and where exactly is Khalistan?

The idea of Sikh independence is nothing new and Khalistan, which literally means ‘Land of the Pure’ is the name of the nation-state that some Sikhs demanded for, first in the 1940s following which a movement for the same had been initiated.

The idea was to create a homeland for Sikhs in the region that currently forms Punjab, India and Punjab, Pakistan.  The Khalistan movement started against the backdrop of the call for partition that was being made based on Muslim and Hindu majorities when the British Empire was on the verge of being dissolved. The Sikh Party Shiromani Akali Dal demanded a community that was separate from the two aforementioned religions. It envisioned a theocratic state that would be led by the Maharaja of Patiala. However, this is just one narrative behind the origins of the calls for Khalistan.

There are two distinct narratives about how the call for a sovereign Khalistan(Khalistan movement) originated.

Soon after India’s partition, Punjab was divided into the state of Punjab and Haryana with the shared capital of Chandigarh upon the demands by Shiromani Akali Dal party to establish a separate province for the Punjabis. However, during the 1972 Punjab elections, the Akali Dal party was defeated and to regain public appeal, it proposed the Anandpur Sahib Resolution that included several issues and demands. One of them was to recognise Sikhism as a religion separate from Hinduism and transfer of Chandigarh and certain other areas to Punjab. Though largely forgotten for some time, the following decade, Akali Dal and Jarnail Singh Bhindranwale joined hands to start a movement to get the resolution implemented.

The ‘events outside India’ narrative says that the idea of an independent state of Khalistan emerged from Sikhs in North America and Europe. Davinder Singh Parmar and Jagjit Singh Chohan were among the first people to campaign for the creation of Khalistan. Their proposals of Khalistan included:

Chhohan visited Pakistan annd the USA at the invitation of his supporters within the Sikh diaspora to promote and proclaim Khalistan as an independent Sikh state. Finally, in 1979, the Khalistan National Council was formed in Britain.  Even though many in the Sikh diaspora supported the Khalistan movement, it still remained trivial in the global political scenario and not to mention the fact that it failed to reach its objectives in India.

Today, as thousands of farmers have taken to the streets to protest against the new farm bill, once again, we hear the matter of Khalistan movement heave into view. However, in response, it is obvious that the ongoing protest is of farmers, by farmers and for farmers and is not in any way, a religious matter.