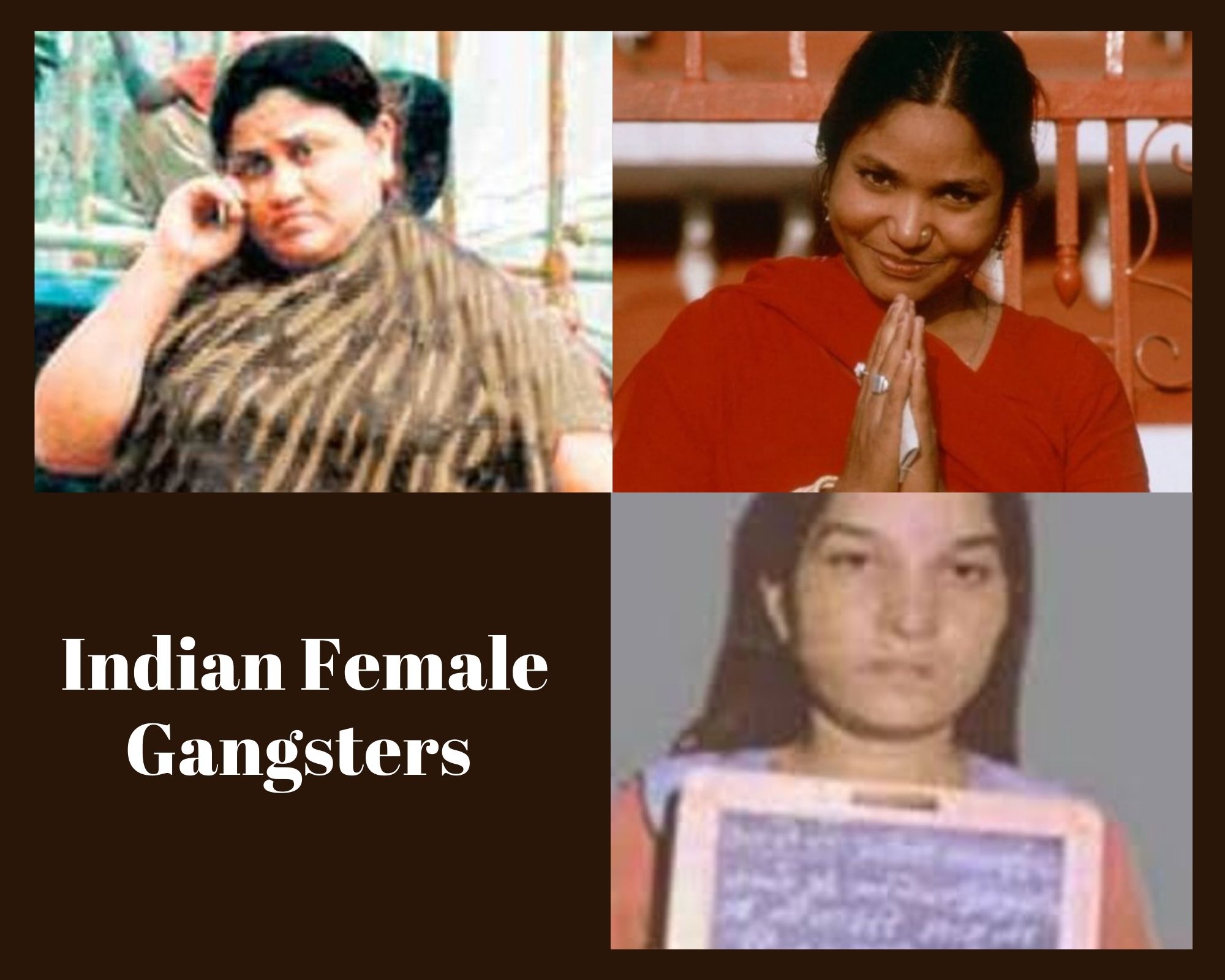 We know only male gangsters like Dawood Ibrahim, Rauf lala, Chota Shakeel and more. No one knows about the Indian female gangsters, who are equally influential and dangerous but they prefer remaining out of spotlight as in this business fame invites trouble. There is no dearth of Aunties, Aapaas, didis or heroines in this dreaded world. Some female gangsters might not have been in the spotlight, but that’s just more proof of how professional and precise they were.

Here is the list of Indian female gangsters and their crimes.

In a life span of 38 years, Phoolan Devi witnessed extreme injustice and multiple sexual assault. She was married to a middle aged man when she just 11. After being raped for years, she managed to escape from her abusive husband . She was gang raped by high caste outlaws after the gang she belonged to was assailed by rivals.  After surviving multiple rapes, Phoolan decided to avenge the injustice meted out to her. In 1981, Phoolan and her gang returned to the village where she had actually been raped and recognized two men who took part in that gang rape. When they rejected to tell the whereabouts of the remaining members, an agitated Phoolan Devi opened fire and killed 22 of them. She became a symbol of fury against the upper caste many started calling her Devi an incarnation of Durga. She finally surrendered to the Indian federal government after they accepted her demands in 1983 and was released in 1996.

When notorious gangster Amar Naik was confined to wheelchair after an attack by the members of Arun Gawli gang, his London-educated brother Ashwin Naik took up the responsibility of managing the daily affairs of the gang. He was assisted by his wife Neeta, whose ambitions had no end.  And when he was shot and fled the country, Neeta ably ran his operations. Much to Ashwin’s displeasure, she joined the Shiv Sena and became a corporator. Later the couple fell out and Neeta was allegedly gunned down at the behest of her husband’s instructions.

Known for her charm and the gift of gab, Rubina supplied food, arms, and money to members of Chhota Shakeel gang members who were in prison. She used her several connections to win favour with the right people and received vital tip-offs which she passed on to her mentors. She was last heard serving a sentence at the Byculla prison.

Another notorious criminal who has evaded capture for years, Shobha now has a Red corner notice issued against her. Along with a reward for her capture, the fact that there’s barely any information about her appearance despite her influence makes her another deadly gangster.

Anjali is wanted by police for crimes like fraud, counterfeiting, and forgery. Her moment of fame came after she managed to defraud a bank of Rs 1.5 crore and the bank officials failed to prove any information about her. A red corner notice was issued against her. Her whereabouts are still unknown. A Red-Corner notice is a warrant for arrest issued by Interpol to its branches in 44 countries.

In the early 70s, Bela ran a flourishing business of illicit liqour in Mumbai’s Dharavi. She allegedly paid massive bribes to officials to make way for truckloads of illegal liquor to come through and swarm the black market. Even the likes of underworld don Vardharajan could not interfere with her business.

A total femme fatale, Archana has been at the controlling end of countless kidnapping and extortion cases as part of the Babloo Srivastava gang. Her whereabouts are currently unknown but it is thought that she is running factions of the gang from foreign lands.

At first glance, Jadeja’s image may come across as a quiet, caring, affectionate Gujarat women but even after six years of her death, her name strikes terror in Porbandar-Rajkot region of Gujarat. She took to crime after her mill worker husband was murdered by a local goon. She did not go to police rather she decided to take matters in her own hand. She along with her trusted lieutenants allegedly killed all the 14 people who were involved in her husband’s murder. She was the mafia queen of Kathiawad, and possibly one of the most famous ladies to have led an underworld enterprise in India. She was an MLA from 1990 to 1995 as a candidate of Janata Dal and was close to Chimanbhai Patel. Her life also inspired Shabana Azmi starrer Godmother.

The wife and sister in law of Tiger Memon respectively, they were actively involved in Black Friday, which landed a huge price on their heads and gave them a reputation as a deadly force to reckon with rather than as the unassuming paramours of a dreaded gangster. With Interpol on their tails, they currently reside in Karachi – allegedly.

This elderly underworld overseer never ran a gang of her own, but her Nagpada residence included visitors such as underworld big wigs Karim Lala, Haji Mastan and the officers from Crime Branch and saw quite a bit of action. She held massive sway over major gangsters and smugglers and they never disobeyed her orders. Jenabai began as a smuggler of foodgrains but later made enormous money in Bootlegging business. Though she never ran a gang but major gangsters and smugglers, never disobeyed her orders. The highest point of her career was uniting 22 dons in Mecca.

A friend of dreaded gangster Samad Khan. When Samad Khan was released on bail in a case by the sessions court, another police team was waiting across the road to re-arrest him another case. Shilpa, a badass driver, drove a car at a high speed to the court doorstep and whisked Samad away in the blink of an eye.

A hardened criminal, Rubina, also known as heroine, supplied food, arms and money to members of the Chhota Shakeel gang who were behind bars. She used her charm and her several connections to win favour with the right people and get in where nobody else could.

Currently a member of the Samajwadi Party, Seema was kidnapped at the age of 13 and went on to become a fearsome bandit, leading her own gang into several kidnappings, murders and lootings. Claiming inspiration from Phoolan herself, Seema has also appeared on the show Big Boss!

The ex wife of Gangster Abu Salem was a big part of several intricate extortion bids, bomb blasts and realty frauds. She’s been a wanted criminal for years now and is apparently absconding in the US.