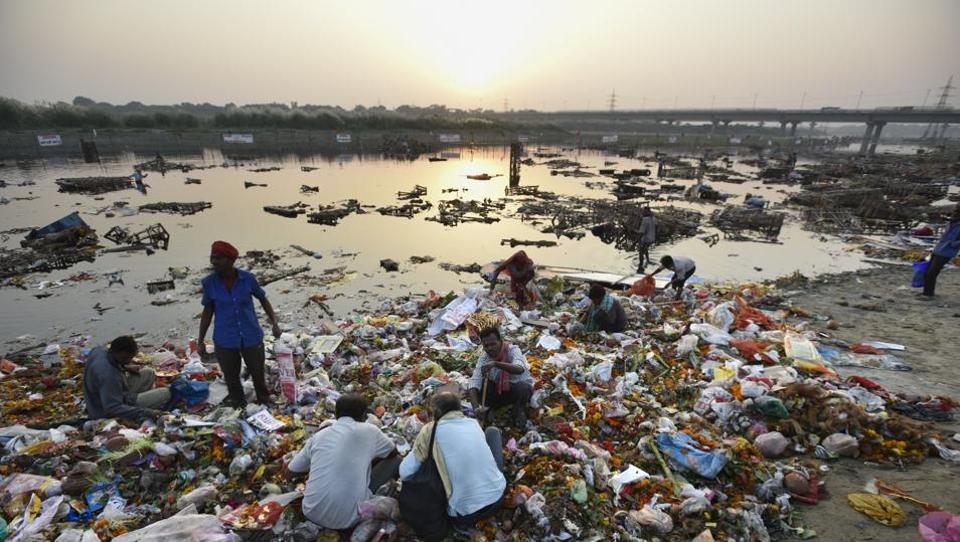 Ganesh Chaturuthi in India is celebrated with much pomp and zeal every year. The ten day festival begins with the birthday of Lord Ganesh. On the tenth day the followers bid farewell in a grand procession that ends with Visarjan of the Lord’s Idol in water bodies. 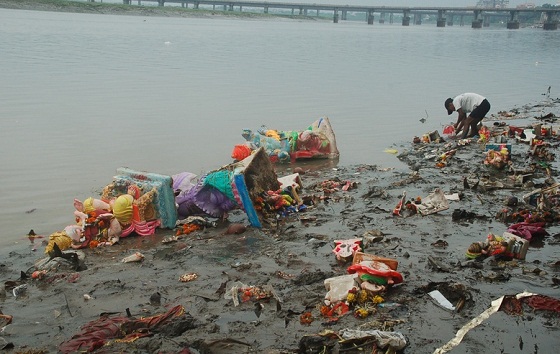 The festival has a special relevance apart from its holy nature. The festival was a special effort to unite people by Mr. Bhausaheb Laxman Javale in 1892 in Pune during the National Movement.  Though the festival is to celebrate presence of Lord Ganesha and unification of people it results in enormous water pollution caused by Ganesh Visarjan.

A lot of waste is left by the end of Ganesh Visarjanin water bodies that leads to water pollution. The residue of flowers, fruits, incense sticks in polythene bags create a dump on the beaches and shores of water bodies. Most of the idols are made with Plaster of Paris that i.e.  Calcium Sulphate hemi-hydrate which takes several months to get dissolved causing prolonged water pollution. 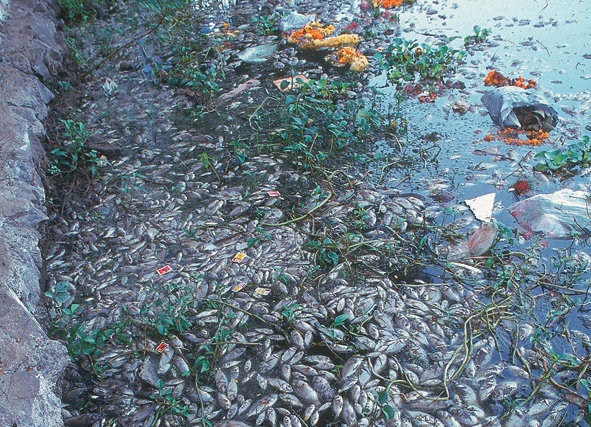 The colors that are used for decorating the idols mainly consists of lead and mercury that is highly toxic. It increase acid component in water that destroys plants and marine life disturbing the overall ecosystem.

People are mostly unaware of the water pollution it causes. It is important that we educate people with the alternate methods of celebrating Ganesh Chaturthi without water pollution caused by Ganesh Visarjan. Recently the Mumbai based NGO Sprouts Environmental Trusts has designed idols made with clay and stuffed it with fish friendly material such as corn, spinach, wheat and vegetable powder. They reduced the size of the Idol and decorated it with organic colors such as turmeric, chandan and gerua. Many such experiments are done with cow dung, sugarcane, alum and species too.

It is important to underline the fact that environment is our responsibility and we are not alienated from it. What we give the environment is only what is returned hence we must not only focus on using it for our purposes but also serving it. 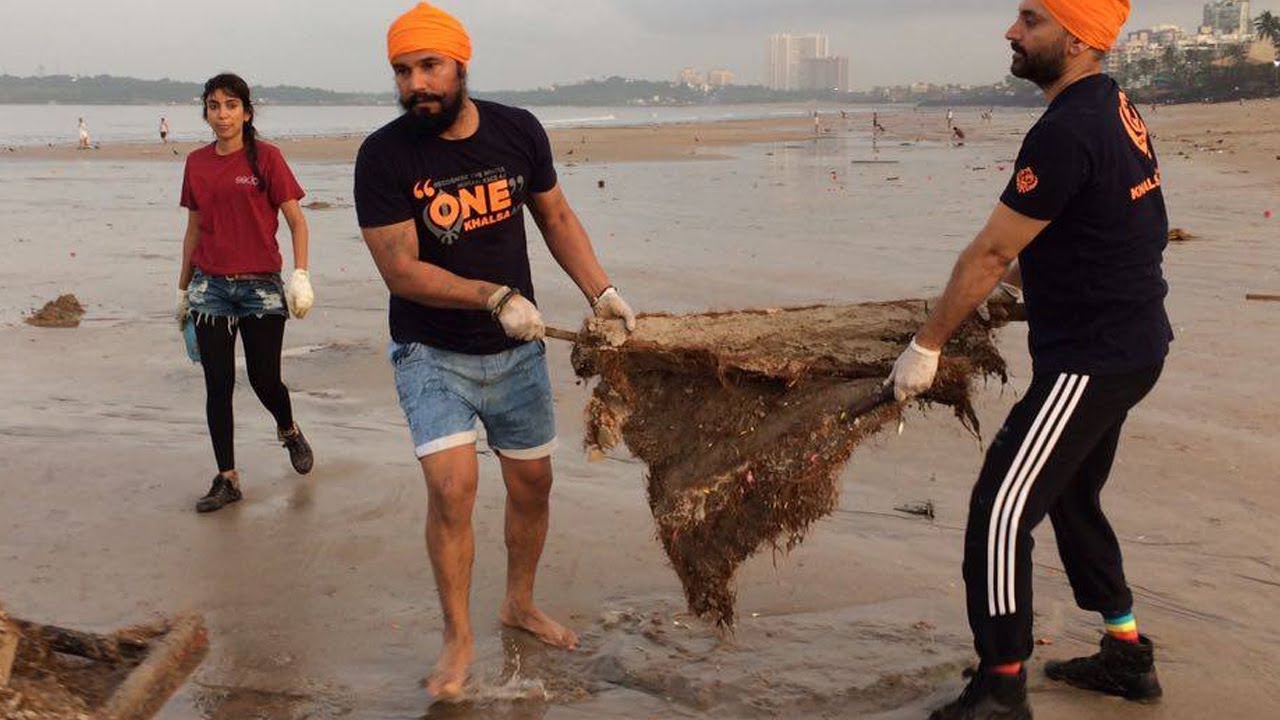 Celebrities has too showcased their concern over the rising water pollution caused by Ganesh Visarjan. Recently Randeep Hooda took a step with members of Ngo Afraz and participated in cleaning of Juhu beach. According to a confidant “This seva is his learning from Sikhism that he has been following closely since a year. He was saying seva is something all religions need to adopt”.Diya Mirza also was too seen cleaning the beach. Such celebrities are setting examples for people to gather the will of protecting and revitalizing environment.

So let’s gather the will find a way and make it happen!

Out of the box Fashion trend, Goblincore embraces chaos, dirt and mud!