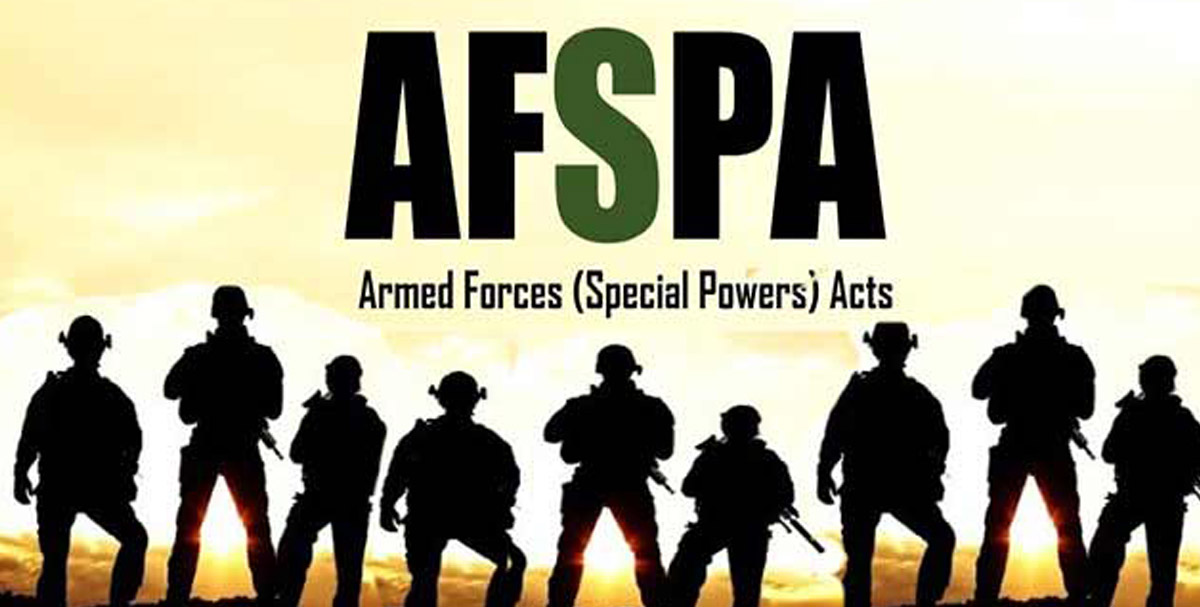 Armed Forces Special Powers Act (AFSPA) gives armed forces the power to maintain public order in “disturbed areas”. They have the authority to prohibit a gathering of five or more persons in an area, can use force or even open fire after giving due warning if they feel a person is in contravention of the law. If reasonable suspicion exists, the army can also arrest a person without a warrant; enter or search a premises without a warrant; and ban the possession of firearms.

Any person arrested or taken into custody may be handed over to the officer in charge of the nearest police station along with a report detailing the circumstances that led to the arrest.

What is a “disturbed area” and who has the power to declare it?

A disturbed area is one which is declared by notification under Section 3 of the AFSPA. An area can be disturbed due to differences or disputes between members of different religious, racial, language or regional groups or castes or communities. The Central Government, or the Governor of the State or administrator of the Union Territory can declare the whole or part of the State or Union Territory as a disturbed area. A suitable notification would have to be made in the Official Gazette. As per Section 3 , it can be invoked in places where “the use of armed forces in aid of the civil power is necessary”.

The Ministry of Home Affairs would usually enforce this Act where necessary, but there have been exceptions where the Centre decided to forego its power and leave the decision to the State governments.

What’s the origin of AFSPA?

The Act came into force in the context of increasing violence in the Northeastern States decades ago, which the State governments found difficult to control. The Armed Forces (Special Powers) Bill was passed by both the Houses of Parliament and it was approved by the President on September 11, 1958. It became known as the Armed Forces Special Powers Act, 1958.

Which States are, or had come under this Act?

It is effective in the whole of Nagaland, Assam, Manipur (excluding seven assembly constituencies of Imphal) and parts of Arunachal Pradesh. The Centre revoked it in Meghalaya on April 1, 2018. Earlier, the AFSPA was effective in a 20 km area along the Assam-Meghalaya border. In Arunachal Pradesh, the impact of AFSPA was reduced to eight police stations instead of 16 police stations and in Tirap, Longding and Changlang districts bordering Assam.

Tripura withdrew the AFSPA in 2015. Jammu and Kashmir too has a similar Act.

How has this Act been received by the people?

It has been a controversial one, with human rights groups opposing it as being aggressive. Manipur’s Irom Sharmila has been one if its staunchest opponents, going on a hunger strike in November 2000 and continuing her vigil till August 2016. Her trigger was an incident in the town of Malom in Manipur, where ten people were killed waiting at a bus stop.