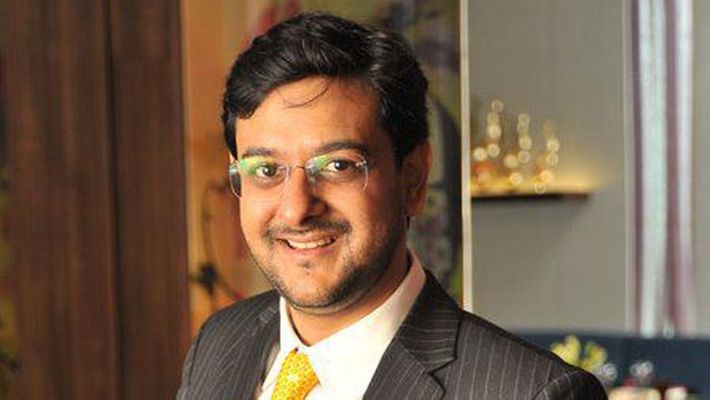 After ruling the art auction market across the globe, Sotheby’s, headed by Gaurav Bhatia has marked its presence in India with “Boundless: India” in Mumbai

Ever since its inception in 1744, Sotheby’s has been uniting collectors with world-class art work. It became the first international auction house by expanding its operations from London to New York in 1955.

Today, Sotheby’s presents auctions in ten different salesrooms, allowing the visitors to view all the auctions live online and place bids from anywhere across the world. Known as one of the world’s oldest auction houses, Sotheby’s boasts of an incredible global network of 80 offices in 40 countries.

After ruling the art auction market across the globe, Sotheby’s, headed by Gaurav Bhatia, has finally marked its presence in India with “Boundless: India” in Mumbai. Starting on a great note, the inaugural sale featured 60 artworks, including some of the best pieces of South Asian artists along with masterpieces from western artists. These art works on display were broadly inspired and influenced by culture, geography and the people of South Asia.

Among the highlights was Tyeb Mehta’s painting, Durga Mahisasura Mardini (1983), which was sold for Rs 20.49 crores. Directly commissioned from the artist in 1993, the painting was kept in a private collection ever since. Sketched in his familiar sharp, edgy lines, the art work is Tyeb Mehta’s earliest depiction of the deity, wherein the saffron Durga stands tall over the green vanquished buffalo demon Mahishasur against the backdrop of a “hope” hued blue sky.

The Little Girl in Blue, Sotheby’s first sale at the maiden auction also fetched a record price in India at Rs 18.69 crores. The rare art work of Amrita Sher Gil depicts the artist’s 8-year-old neighbor, Lalit ‘Babit’ Kaur. Her mother, Lady Buta Singh, who was a close friend of Sher-Gil’s paternal uncle, Sunder Singh Majithia lived next door to them at Nowshera House.

Ever since the painting was acquired at the artist’s first solo show in 1937 by Charles Fabri, it has been treasured in the same family collection. A fantastic art work by Hungarian-Indian artist Amrita Sher-Gil (1913–1941), who was nicknamed the ‘Indian Frida Kahlo’, the painting was tagged as the much deserved best seller.

The auction witnessed a total sale of Rs 554 million. The event was a testament to the international expertise of Sotheby’s across the globe, over the last few decades. The growing presence of Indian collectors at international sales and the development of an increasingly vibrant domestic Indian art market influenced Sotheby’s decision to debut in India, which was being mulled from a long time. The auction house portrayed a diverse image of the Indian art, which the world did not get to see before.

Sotheby’s left no stone unturned for their debut auction to make a mark in India. A major component of Sotheby’s strategy in India was the appointment of Managing Director Gaurav Bhatia, who previously headed LVMH India as its marketing director. A Mumbai-based art connoisseur and luxury expert with 20 dedicated years in luxury and lifestyle, Gaurav Bhatia was instrumental in helping Sotheby’s come up with its maiden auction in the country.

Heading the South Asian division, Gaurav has also been responsible for opening up new markets, creating new categories, working on business development, and expanding customer base across South Asia and the United States. Apart from being an opinion leader in luxury and lifestyle, he is on the Power List of the Luxury industry as well.

With Gaurav Bhatia at the helm, it was probably the perfect time for Sotheby’s to make an appearance in the Indian luxury market. The enthusiasm that was seen at the exhibition in Mumbai is going to serve as a confidence booster for the auction house that will kept it in good stead. This is a milestone moment for Sotheby’s, as the company has harbored a vision that required great planning, determination and execution.

In its first auction at Mumbai, Sotheby’s not only brought an international touch to the Indian art work, but also introduced the concept of specialist auctions covering modern and contemporary art, along with the luxurious segment of decorative art, jewelry, precious collectables, etc. The artworks are beautiful, rare and have unparalleled histories, which is likely to play a massive role in attracting art collectors not only from India, but from other parts of the world as well.

On the other hand, a relatively new concept in India has started gaining traction, opening doors to the luxury brands like Sotheby’s. On the back of super high net worth buyers and NRIs, luxury marketers are shepherding a prodigious demand. By attracting big shots and creating endless opportunities, India’s luxury market has been crafted through a new paradigm.

Owing to this, India’s luxury goods market has witnessed a decent growth in the last couple of decades. The growth is fueled by rapidly growing urban middle class, transparent operations and customer-centric approach. Although it is still early days, the foreign luxury real estate brands like Sotheby’s International Realty have found their home in India.

A luxury real estate arm of the auction house, Sotheby’s International Realty banked on the scope offered by the Indian luxury market and made its debut in Mumbai in the second half of 2017. It signed a 25-year exclusive master franchise agreement for all India with Realpro Realty Solutions, signally exponential growth in the brand’s footprints in India. Having started its operations in 1976, Sotheby’s International Realty global network has over 20,000 independent sales associated in around 880 offices across 70 countries and territories. The group achieved a global sales volume of $95 billion in 2016.

With Gaurav Bhatia leading the Indian division, Sotheby’s has played a key role in bringing new technologies and internationally acclaimed architects to meet the luxury real estate demand in the country. The potential of luxury market is visibly quite massive paving the way for an increased demand in the upcoming years. Even after the introduction of various reforms, the Indian luxury market is one of the best amongst all luxury categories.