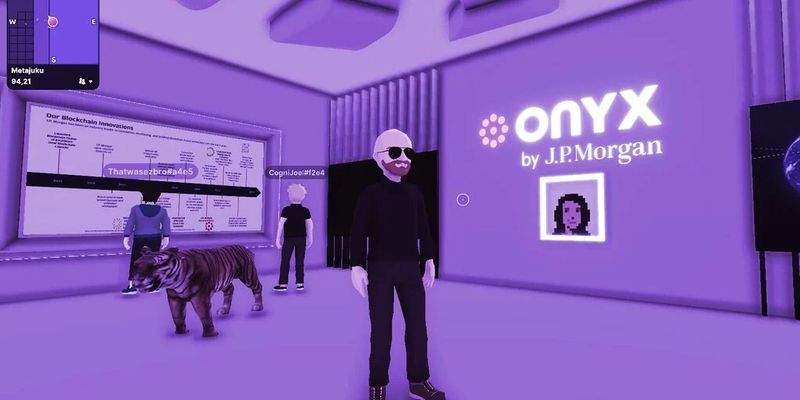 The world is filled with opportunities. The ability to identify and maximize their potential is all that separates successful businesses from failures. Since the introduction of the metaverse, these opportunities have quadrupled.

Companies have rushed to enter the metaverse, including famous names like Walmart, Nike, Disney and Warner Music Group. The metaverse has become the playground for companies wishing to expand their presence.

Although relatively new, it offers new avenues for growth that have been relatively unexplored as of now. The gradual acceptance of the metaverse as part of mankind’s future is accelerating tis development.

Despite the presence of big names in the metaverse, one sector was missing from the lineup. Financial institutes gave the virtual space a wide-berth, that is, until now. JP Morgan Chase & Co became the first bank to set up shop in the metaverse – Decentraland, to be precise.

The metaverse is not one big entity, as is commonly mistaken. It is made up of various virtual worlds and Decentraland is one of most popular ones. Two other prominent ones include the Sandbox, Animoca Brands; and Roblox, huge popular amongst kids.

Users in these virtual worlds can perform any action through their digital avatars. Any activity that can be done in the real world can be replicated in the metaverse. This means that users can explore, socialize, play games, go shopping and even purchase real estate. The last two activities will certainly pique JP Morgan’s interest.

According to a Moneycontrol report, the bank opened its lounge, called the Onyx, in Decentraland. Named after the bank’s block chain business that took off in 2020, visitors will be greeted by a virtual tiger and a digital portrait of Jamie Dimon, the bank’s CEO.

JP Morgan will be looking to make inroads in Decentraland’s economy. Users can make purchases through cryptocurrency backed by the Ethereum block chain. Virtual plots can also be bought in the form of NFTs.

This was reflected in a report released by the bank, which touched upon the various virtual opportunities they are looking to explore. The paper alluded that JP Morgan could function as a bank in the virtual space, given the similarities with the real world. The metaverse has its own population, GDP and even currencies which JP Morgan can get into.

Some of the possible financial activities it can take up include, but not limited to, cross-border payments, foreign exchange, financial assets creation, trading and safekeeping. The banks can play an important role in tackling issues like account validation, transaction status and fraud prevention, whilst performing its traditional role as a lending institution to content creators who wish to commercialize their creations.

JP Morgan’s entry is a much needed positive for the metaverse. Recently overshadowed by allegations of sexual harassment by a female user, the metaverse has a long way to go to prove itself. A relatively new technology, the metaverse is susceptible to problems – both technical and moral. Such kinks need to be ironed out before it cripples this potent technology.