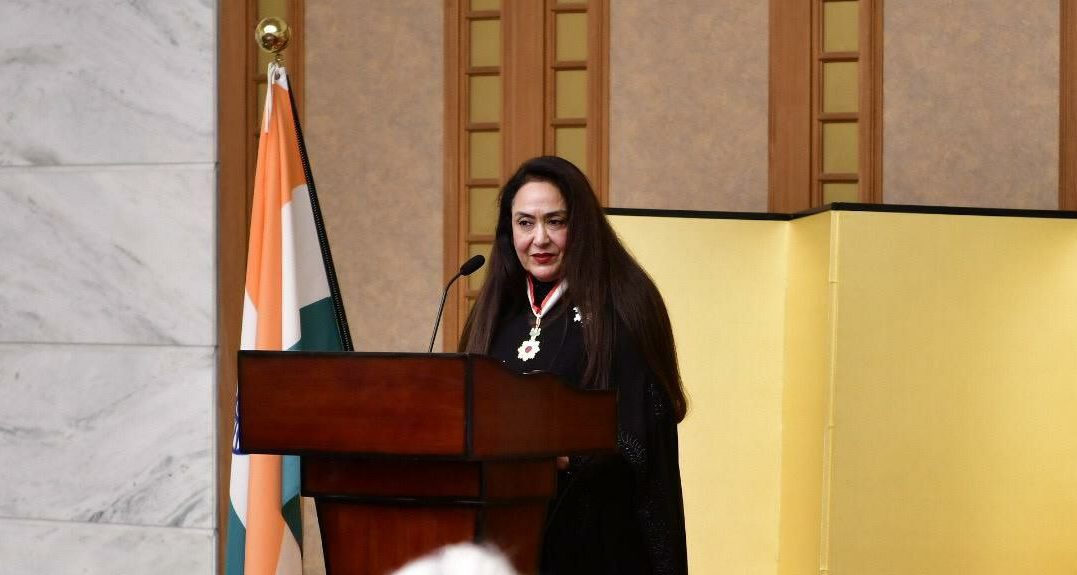 Jyotsna Suri, Chairperson and Managing Director of The Lalit Suri Hospitality Group, was recently honoured by the Government of Japan with the Order of the Rising Sun, becoming the first Indian woman to have received the imperial honour. On January 17, 2020, the Japanese embassy in New Delhi conferred Jyotsna Suri with the Gold and Silver Star of the Order.

Among the dignitaries present at the event, Manmohan Singh (former Prime Minister of India) and Piyush Goyal (Union Minister of Railways & Commerce) applauded the achievements of Jyotsna Suri. Her remarkable efforts for building international relations were appreciated by them. During the time of widening political and social ideologies, she has been committed to making a united and brighter India.

Instituted in the year 1875 by the then Japanese Emperor Meiji, the Order of the Rising Sun boasts a rich history. Jyotsna Suri received the honour in recognition of her contribution to strengthening strategic ties between India and Japan in economic and tourism sectors. Leading the FICCI Forum of Parliamentarians Council, she has been actively involved in the activities of the India-Japan Parliamentarians Forum.

As the Chairperson of FICCI Tourism Committee since 2006, Jyotsna Suri has been instrumental in organising the 2007 India Tourism Conference that was held in Tokyo. She was a leading figure in opening the door for Japanese tourism companies’ participation in the annual FICCI’s Great Indian Travel Bazaar. Dr. Suri’s commitment to Indo-Japanese relation helped realise the first India-Japan Tourism Meet in 2016, which has been held three times since then.

In addition to helping increase the number of Indian travellers to Japan, Dr Jyotsna Suri has been instrumental in boosting the people-to-people connect between the two nations as well. She is an Executive Committee member of India-Japan friendship forum, which was launched in January 2019 by the Foreign Minister of Japan and the Commerce Minister of India.

Jyotsna Suri has been a promoter of cultural values between Japan and India, bringing the two nations closer on various platforms. Her association with Japan and its tourism industry is older than over three decades. She has been associated with Subros Limited – a joint venture between the Suris, Denso Corporation Japan and Suzuki Motor Corporation, established in 1985.