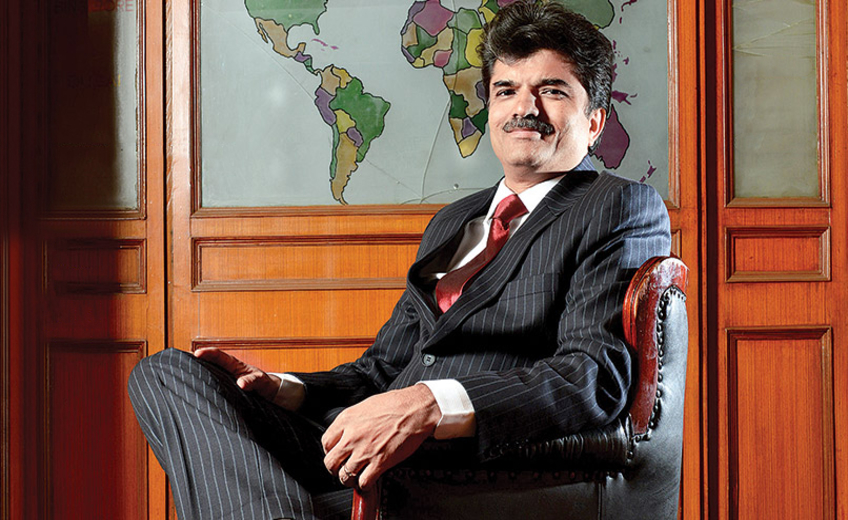 Rajesh Mehta listed among top CEOs of the world

Rajesh Mehta, CEO of the Indian gold conglomerate Rajesh Exports, was recently named in the list of the world’s most influential CEOs in 2019 by the CEOWORLD magazine. Mehta appeared in the list along with the renowned names like Mukesh Ambani, Lakshmi Mittal, Shahi Shekhar (ONGC head) and Sanjiv Singh (Chairperson IOC).

Rajesh Mehta has continuously been present in several lists by some of the leading magazines from around the world including Forbes. He is known to be a very dynamic and a successful CEO not only in India, but around the world. Mr Mehta is known for his innovative and unique ideas and benevolence.

Rajesh Mehta belongs to a very humble background. He started his business along with his brother, with a minimal loan amount of Rs 12,000. With a zeal to excel and do something exceptional, he was able to establish his company amongst the leading gold conglomerates of India.

His elder brother Prashant Mehta, who has been along with Rajesh Mehta throughout his business journey calls him as the one who “always thinks out of the box”. Prashant claims that he was against the idea of Rajesh Mehta installing 250 tonne manufacturing unit in Bangalore for expanding the manufacturing capacity of the company.

Now that the facility is in operation in Whitefield, Bangalore, Prashant states, “This facility has been our trump card and has changed our fortune”. Because of it, he adds, “We are able to deliver orders very fast and build large wholesaling capacities across the world.” On Whitefield manufacturing unit, Rajesh claimed that he built the unit keeping in mind the 20-year future vision in mind.

If we talk about Rajesh Exports alone, it is shining like a star not only in India, but on international level. The company has been able to appear in the Fortune 500 list for the fourth time consecutively. It is the only company in the world which is engaged across the value chain of gold. From processing to retailing, anything you talk about in reference to gold business, Rajesh Exports is into it.

At present, Rajesh Exports owns the Switzerland-based world’s largest gold refinery – Valcambi. The refinery has the capacity to refine 1,600 tonnes of gold. The company’s retail arm Shubh Jewellers is one of the leading retail jewellers around Southern India, with over 80 showrooms across Karnataka. Reportedly, Shubh Jewellers is planning to expand its footprint in Northern India in near future.

Rajesh Mehta believes, “A successful entrepreneur is the one who has built an institution and a legacy.” Don’t you think he is more than a successful businessman? His story is definitely inspiring. Starting off from rags to the riches, Mehta continues to inspire people around the world.