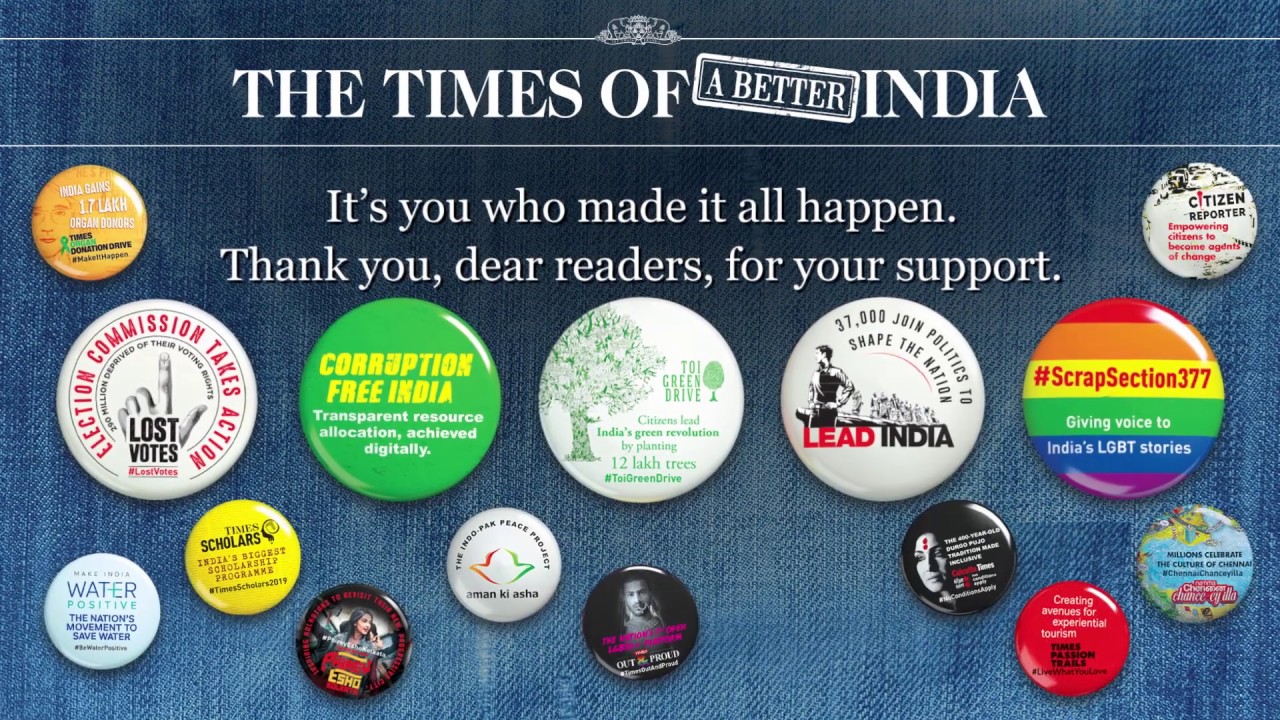 Emerging as an activist, TOI launches ‘The Times of Better India’ initiative

An initiative titled ‘The Times of Better India’ launched by one of India’s leading newspapers The Times of India has helped it emerge as an influencer and activist outside newspaper domain. In the last few years, TOI has showcased a number of dynamic series to form a better Nation by empowering citizens working for the transformation of the society.

It is a parameter motivating people and spreading the positive force for the betterment of the Nation. It also invites people to suggest some critical agendas #ForABetterIndia.

‘I Lead India’ idea is considered as a clarion call which conveys the message to stop the talks and bring the change. TOI initiated to bring the change at the grassroots level in 27 Indian cities, ranging from metropolitan cities to small districts of various states.

Additionally, it has successfully mobilised a number of health-related drives such as ‘Fertile Conversations’ that was presented in partnership with Nova IVI to make people aware regarding infertility and its solutions for couples. In collaboration with Kokilaben Dhirubhai Ambani Hospital, they launched a drive to create awareness about Organ Donation and motivate them to be organ donors.

TOI appeared as a support for underprivileged people and 290 million expatriates by introducing vital and impactful initiatives like ‘Scrap Section 377’, ‘Lost Votes’, ‘Sindoor Khela’ etc. For the environment as well, it is working effortlessly to generate clean and green surroundings by launching a ‘Green, No Honking Drive and water positive drives’.