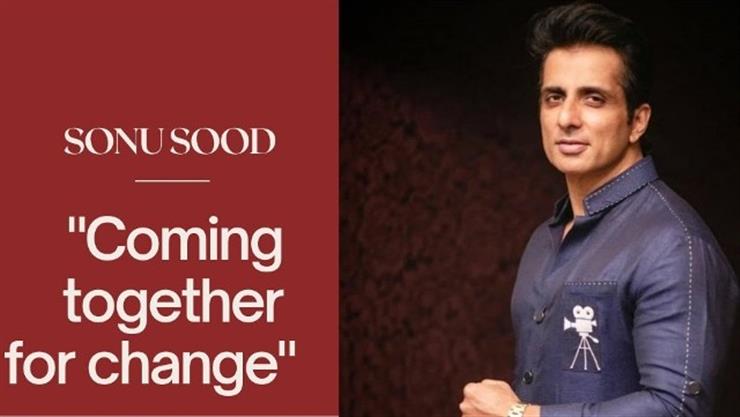 Despite battling with COVID-19, Sonu Sood has turned himself into a noble pair of helping hands. The popularly loved actor has played the roles of evil characters in many movies but has been winning hearts all over India for his tremendous social services.

After taking his initial steps towards helping people, he was given the tag of “messiah of migrants”.

Sood helped more than 15,000 migrant workers, the majority of them belonging to Bihar, to reach their homes in addition to arranging food and shelters for more than 45,000 other people stuck during the lockdown. His name started to flood newspapers, magazines, and the internet.

He had hired a fleet of private buses for sending the migrant workers to their homes free of cost and provided free food and water throughout the way. Sonu’s team had set up a toll-free number for receiving calls from those struck in the lockdown for help.

Sood isn’t just an actor with fandom, but also started to be known as a philanthropist because of his passion for charity and social work. He established his own NGO – Sood Charity foundation. His dedication towards serving the common man inspired him to undertake various initiatives to help the people in need. This includes providing healthcare facilities, education, employment, and technology advancements.

Sood Charity Foundation has helped thousands of people. The constant efforts of this organisation mainly aim at raising awareness and providing help to the needy.

Turns out that Sonu alone supports his charitable work. A recent report about the actor-activist-philanthropist mortgaging his properties to collect funds left many people speechless.

On being asked, he said, “I am not very comfortable talking about it. This is something I’d like to keep doing forever.”