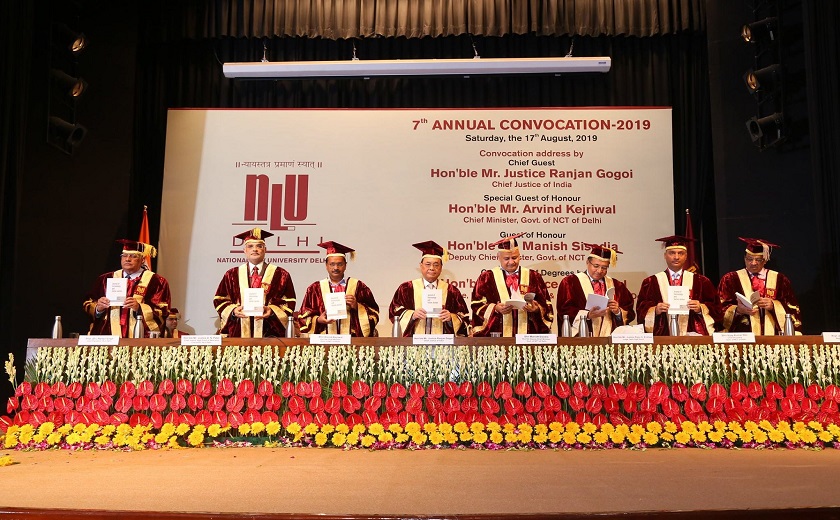 In a speech at the 7th Annual Convocation of the National Law University, Ranjan Gogoi, Chief Justice of India, said that there is an urgent need to overhaul legal education for bringing about a social change in the country.

The CJI added that it is time to question whether the five-year Law course has built socially conscious lawyers. He said that even in the current scenario, most of the graduates prefer corporate practice as their career path and everyone must understand why this is the case.

The Convocation Ceremony was graced with the presence of a number of prominent personalities. Manish Sisodia, Deputy Chief Minister, Arvind Kejriwal, Chief Minister of Delhi and Vijay Kumar Dev, Delhi Chief Secretary, to name a few. Justice Rajiv Sahai Endlaw and Justice DN Patel were also present in the ceremony.

Graduate and postgraduate degrees in Law were given by the university to the students on this occasion. CJI Ranjan added that the pioneers of modern legal education in India, the national law universities were initiated to strengthen the bar and come up with lawyers to serve the country. He expressed his opinions against the law universities which charge a high fee for students choosing to practice law in corporate companies rather than practicing in courts.

CJI Ranjan announced that Legal practice is a subject of great importance. “Majority of judges to higher judiciary are drawn from the Bar. Let me tell you, the experience on this side of the Bar is extremely satisfying. In a country like India, a barrier to access to education because of a shortage of funds is nothing short of a tragedy.”

“Say no, and a big no, to anything and everything that appear to your mind to be morally and actually regressive. Say yes to everything which you think can be offered to anybody,” he added.