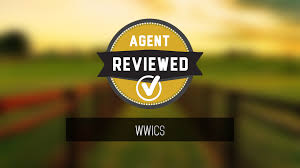 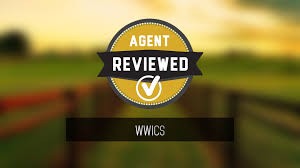 WWICS says Hillary Clinton’s announcement of a new piece of immigration reform policy has been received with cheer among immigration consultancies around the world. Worldwide Immigration Consultancy Services (WWICS) Ltd’s head of Global Resettlement Parvinder Sandhu expressed his joy at the announcement as Clinton is working to “keep families together and stop them from being destroyed by a broken immigration system”, as said by Illinois Rep. Luis Gutierrez.

Clinton is working towards protection of President Obama’s DACA and DAPA executive actions on immigration. Hillary will defend DACA and DAPA against partisan attacks and politically motivated lawsuits that would put Dreamers and others at risk of deportation. Lt. Col. BS Sandhu, one of the founding members of WWICS, said, “President Obama’s executive actions would protect an estimated 5 million people as they provide relief from deportation for DREAMers and parents of Americans and lawful residents. We are happy that Clinton is working towards the orders’ protection.”

Clinton has called on Congress to pass comprehensive immigration reform and has also sought to find places to reform the immigration process through executive action. “America was built by immigrants,” Clinton said. “Our future will be always written in part by immigrants and every single one of us, no matter how long ago our ancestors arrived in this land, whether they came by foot or boat or plane, across the Pacific or the Atlantic or the Rio Grande, we all owe a debt of gratitude” to them.

Before her speech, Clinton met the family whose daughters are both DREAMers and DACA recipients. Parents Osman Suarez and Jonaly Canales left Honduras years ago and fled to Long Island to raise three children. “These are real live human beings but too often our system fails to see or recognize that. We have got to do better,” she said.

Clinton slammed Donald Trump and other Republican candidates for recent anti-immigrant comments, particularly during the terrorist attack in San Bernardino. She said Trump and others are trying to “drag us backward.” Though earlier she was viewed skeptically from immigration reformers but her campaign garnered positive reviews from reformers. Parvinder Sandhu from WWICS added, “Her plan to give undocumented immigrants a path to legalization is really strong.”

Amidst COVID-19 disruption, Next Learning offers help to academic institutions