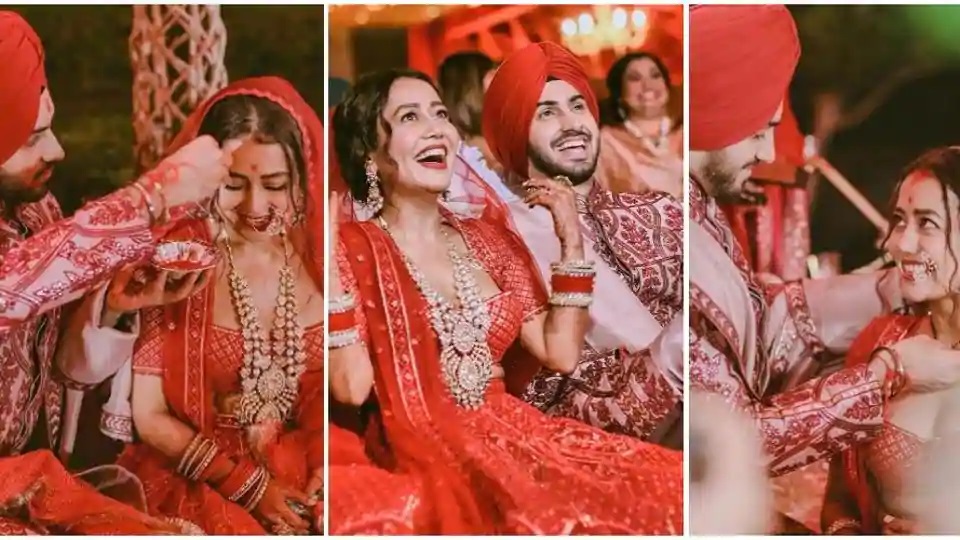 Neha Kakkar was born in Rishikesh, Uttarakhand. She is the younger sister of playback singer Sonu Kakkar and singer-composer Tony Kakkar.  At the age of 4, Neha Kakkar started performing at local gatherings and religious event with her siblings which she credited for “boosting” her self-confidence.

In 2006, at the age of sixteen, Kakkar auditioned for the second season of Indian Idol where she got eliminated early in the show.  In 2008, she launched her debut album “Neha The Rockstar” with music by “Meet Bros” in which she performed some romantic songs. During the time, she recorded for a music album, Romeo Juliet composed by her brother, Tony Kakkar.  In 2010, Kakkar made her movie debut with Sooraj Barjatya’s film Isi Life Mein…! (2010) in which she played the role of a college student.  2017 marks Kakkar’s first collaboration with Tanishk Bagchi which resulted in the rehashing of several Bollywood songs in the coming years.

Kakkar’s first release of 2018 was the Yo Yo Honey Singh’s “Chhote Chhote Peg” fromSonu Ke Titu Ki Sweety, a remake of the Anand Raj Anand-composition “Tote Tote Ho Gaya” from Bichhoo (2000), and was positively received by the critics. 2019 began with the release of three remade songs in collaboration with Bagchi. “Chamma Chamma”, recreated for the film Fraud Saiyyan–original composition from the film China Gate (1998)–was considered “memorable”, while “Coca Cola Tu” from Luka Chuppi and “Hauli Hauli” from De De Pyaar De were acknowledged by some critics for giving the songs “a new flavor” though other critics disapproved her latest trend of “annoying” association in the remade song.

Rohanpreet Singh was later seen in Sa Re Ga Ma Pa Mega Challenge in 2009. He also took part in Rising Star season 2, where he won the hearts of the judges Diljit Dosanjh, Shankar Mahadevan and Monali Thakur. And he became the first runner-up of Rising Star 2.’

He was also seen as one of Shehnaz Gill’s suitors in Mujhse Shaadi Karoge. The he made his singing debut with Bang Gang. He has sung several songs including Taqleef, Pehli Mulaqat, Ainkan Kaliyan, and Hello Hi. He had a massive following on TikTok also.

Singers Neha Kakkar and Rohanpreet Singh opened up about their love story, from details about their first meeting to the proposal. She said that ‘the attraction was strong’ right from the beginning.

For Rohanpreet, it was ‘love at first sight’ with Neha. He was impressed by her down-to-earth nature despite being a huge celebrity. He revealed, “For me it was absolutely love at first sight. She’s one of the most down to earth people I’ve met. One fine day, I mustered the courage to propose to her and she said yes! Shukar hai mere rabba. Really, thank you, God.” 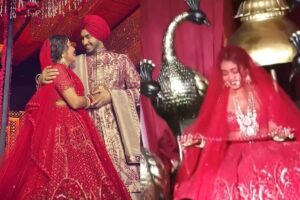 Neha and Rohanpreet’s wedding festivities were spread across Mumbai, Delhi and Chandigarh over several days. Their roka ceremony took place on September 21 in Mumbai, exactly a month before their single Nehu Da Vyah was released.

he wedding celebrations in Delhi kicked off with haldi and mehendi ceremonies as well as a sangeet night on October 23. The following day, they got married in an Anand Karaj ceremony at a gurdwara in the morning. In the evening, they tied the knot according to Hindu rituals.

Neha, Rohanpreet and their families then headed to Chandigarh for a lavish reception on October 26 at The Amaltas. Neha and Rohanpreet enjoyed their honeymoon in Dubai, and stayed at the Palazzo Versace hotel.

In her Instagram post, Neha wrote, “#KhyaalRakhyaKar,” and posed with Rohanpreet. She could be seen wearing dungarees and cradling her belly, but did not outrightly confirm her pregnancy. “Ab Toh Kuch Zyada Hi Khyaal Rakhna Parhega Nehuuuu (Now I’ll have to take extra care of you),” Rohanpreet wrote in the comments section.