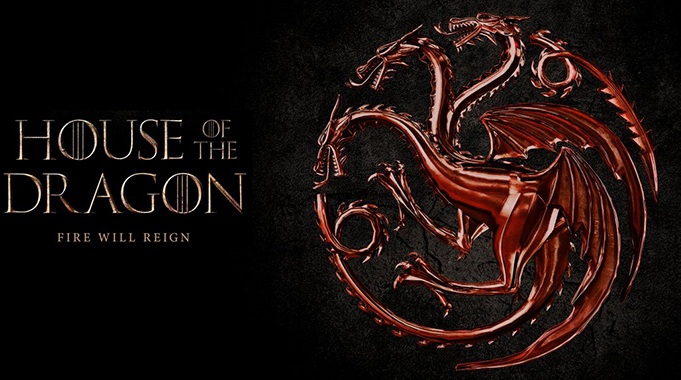 HBO revealed the first trailer of its most popular show ‘Game of Thrones’ prequel ‘House of the Dragon’. The prequel takes us 200 years before the events that happened in the ‘Game of Thrones’ original series. The story follows the reign of the Targaryen family as they rise to the rulers of Westeros. The announcement for the prequel was first made in 2019 right after the reports came to the limelight that the ‘Age of Heroes’ starring Naomi Watts would not be produced.

Matt Smith can be spotted in the trailer as Prince Daemon Targaryen. He can be seen narrating images of Targaryens in the throne room, fights, jousts, and tense moments. Targaryen king, a more imposing structure in the series can be seen sitting on the Iron Throne as described in author George R.R. Martin’s books that are based on the ‘Fire and Blood.’ The voiceover in the prequel is given by Prince Daemon. In a statement, he said that “Dreams didn’t make us kings; dragons did. The date of the release has not been announced yet, but it will be revealed at the beginning of 2022. The audience will be able to enjoy a total of 10-episodes.

The cast members that were previously announced by HBO included Smith, Emma D’Arcy as Princess Rhaenyra Targaryen, Steve Toussaint as Lord Corlys Velaryon, Rhys Ifans as the father of Otto Hightower, and Olivia Cooke as Alicent Hightower. In a press release, HBO stated that Daemon is the younger brother to King Viserys, and he is the heir to the throne. Daemon is a peerless warrior, and a dragon rider who possess the true blood of the dragon.

Currently, the ‘House of the Dragons’ is under the process of development along with the other prequel series on the houses.

More Posts From: Entertainment Plus, Media