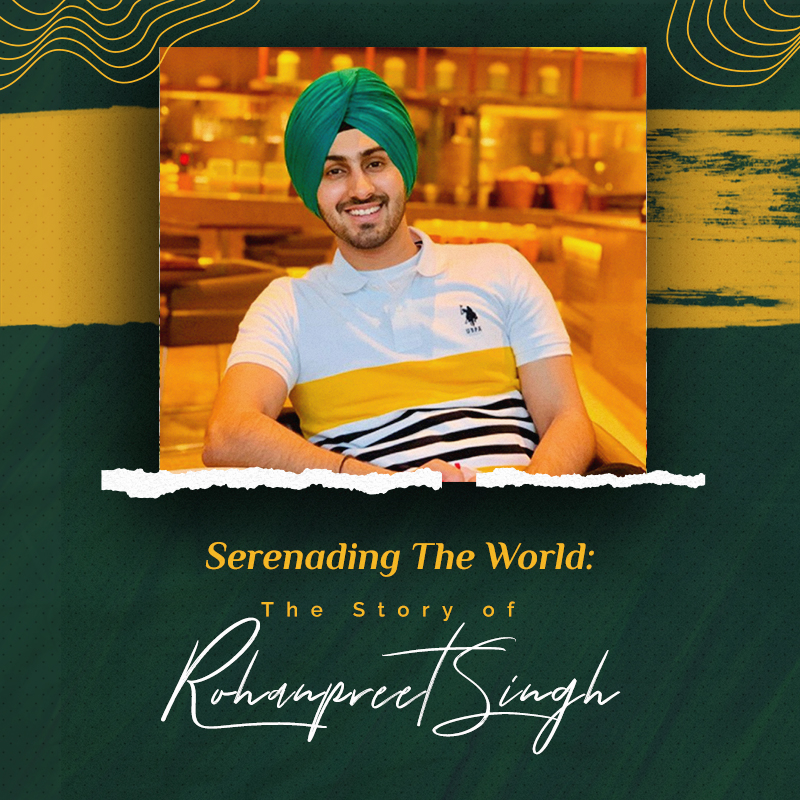 Famous Punjabi singer and actor Rohanpreet Singh has become a household name across the country. His appearance on Rising Star Season 2 made him a popular figure and has endeared him to thousands of people. Join us as we go on a journey to understand the real Rohanpreet Singh who has captivated the hearts of many through his singing and his boyish charm.

Rohanpreet Singh was born into a Sikh family in Patiala, Punjab, on December 1, 1994. His father, Gurinder Pal Singh, is a sportsman in the Punjab State Electricity Board and his mother is a homemaker. He also has two sisters – Rashminder Kaur and Amanpreet Kaur.

Right from the get go, Rohanpreet Singh was interested in music and started singing at the tender age of three and a half. When the young songster performed for the first time at a function hosted in his colony, not many anticipated that it would be the first of many performances. Following his father’s encouragement, he was placed under the tutelage of Guru Gurmukh Singh Sehgal which paved the way for his entry into the musical stardom.

Singing With The Stars

In 2007, Rohanpreet Singh made his debut appearance in the reality singing show, Sa Re Ga Ma Pa Lil Champ. He went on to win the first runners-up trophy, making his mark in the musical world. He has never looked back since then, releasing his first song “Bang Gang” in 2017. Singh returned to his roots in reality singing shows, participating in Season 2 of Rising Star where he claimed the runners-up spot again.
The illustrious singer was also a part of Mujhse Shaadi Karoge on Colours TV and has performed live in India as well as abroad where he has a massive fan following.

When he’s not singing, Rohanpreet Singh is an avid dancer and a travel enthusiast, enjoying the occasional ride on his two bikes – a Royal Enfield and a Harley Davidson. He also follows cricket passionately and like any true Punjabi, his favourite actor is Sunny Deol.

Love Is On The Way

Like any celebrity, Rohanpreet Singh’s life has been a subject of many rumours when it comes to love. However, he swept aside all rumours connected to his love life when he married Neha Kakkar after a whirlwind romance fit for the silver screens. The two lovebirds announced their relationship on Instagram and are happily married since October 24, 2020.