Dr J S Rajkumar saves a surgeon’s life on board 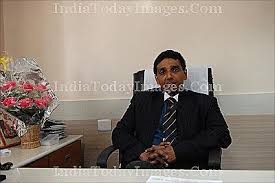 This 46 year old surgeon was lucky for having boarded the same flight as Dr. J S Rajkumar’s. That’s because the latter has saved the former’s life in a way that is nothing short of a miracle. Dr J S Rajkumar, Chairman, Lifeline Hospitals was travelling from Kolkata to Chennai after delivering a guest lecture. Coincidentally, Prakash was also travelling in the same flight with his wife. About half an hour after the filght took off, the passengers witnessed a panic situation. Prakash’s wife realized that her husband was having trouble breathing. He was gasping for air. He had suffered a cardiac arrest on the flight. His wife called for help and much to her fortune, Dr J S Rajkumar rushed to the situation to rescue the harrowing patient.

Dr Rajkumar quickly realized that the 46 year old surgeon was losing out on his pulse and needed to be resuscitated. His first response was to grab the first aid kit available on the flight but much to his dismay, the kit proved out to be useless. The kit lacked endo-tracheal tubes that could help Prakash breathe. By this time, the patient had lost pulse and his temperature was dropping. The flight did not have any defibrillators to revive the patient by restarting the stopped heart. Even a mouth to mouth resuscitation could not help. Then, Dr. Rajkumar completely relied on his instincts and started punding on the victim’s chest, putting pressure on the heart. He made several pushes on the chest but just as Dr. J S Rajkumar was about to lose hope, Prakash miraculously revived.
He was keenly observed by the doctor and the situation turned out to be a cardiac arrhythmia. Dr J S Rajkumar understood that although the attack was severe, there was hardly any chance that it would happen again. As the flight landed in Chennai, Prakash was straight away taken to the nearby hospital .