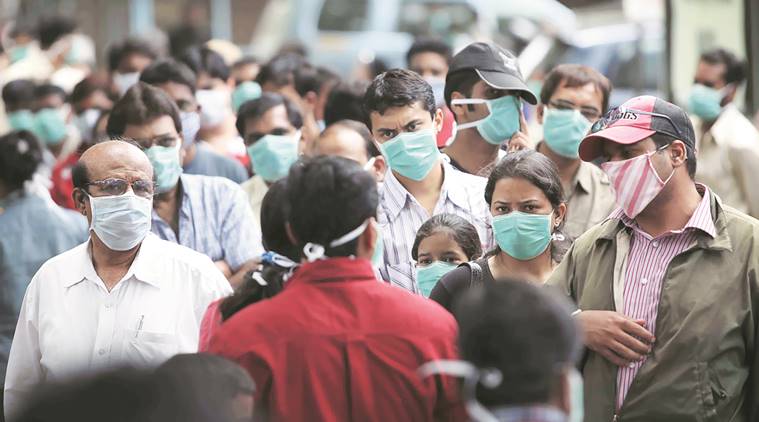 The number of swine flu cases in India is on the rise. Once again, the nation is coming close to being engulfed in the deadly disease. With a recent case of a woman from Jammu and Kashmir succumbing to the disease, the death toll is increasing.

The Health Department has been asking people to take precautionary measures. According to The Tribune, Civil Surgeon, Dr Parvinder Pal Singh Sidhu, said, “Swine flu is a droplet infection and can spread from one person to another. Those having flu should avoid going to crowded places.”

As small as it seems initially, influenza has over time turned into one of the most commonly occurring problems in the modern world. With the alterations like swine flu, Type A flu, Type B flu and more, it has now become a problem that needs to be curbed.

The insertion of technology into healthcare is now slowly aiding the sector in controlling the disease. Scientists have developed a tool that can detect the spread of influenza using artificial intelligence. A highly able product, it can track and predict the course of travel of this highly contagious infection.

ARGO and ARGO Net are the two high-performing forecast approaches that are being used in flu detection. ARGONet is based on the use of machine learning for better and improved detection.

The usage of these tools and the experimentation that is continuing alongside, are helping researchers understand the patterns and spreading tendencies of these viruses.

An inclusion of such tools in India, which is slowly increasing its healthcare spectrum, and progressing towards a safer, disease free environment is however still pending. The usage of such competent tools in a country still housing densely populated rural areas lacking basic sanitation, is the need of the hour.

Protect yourself from Swine flu this Holi

Cabinet approves MoUs between India and Iran in health, medicine

The impact of technology on Indian healthcare