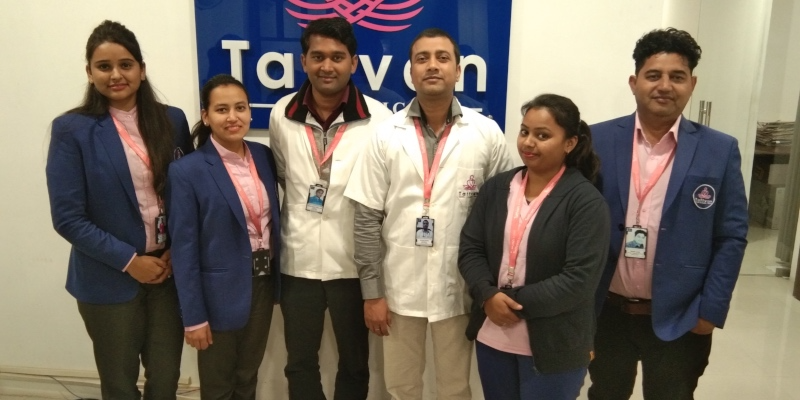 Ayush Mishra, an engineer in biotechnology hailing from Bareilly, Uttar Pradesh, is the man behind the success of Tattvan e-clinic. It was in the year 2008 when he met with a major accident that he realised that his hometown was lacking an access to good healthcare facilities. There existed a major difference between the number of doctors required and available respectively, mainly in the Tier II and Tier III cities.

Based on a research for a few years and working for a few start-ups, Mr Mishra launched Tattvan E-Clinic in 2017 in Gurugram.

With the aim of bolstering the healthcare sector in remote areas of the country, Tattvan E-Clinic provides an easy access to premium healthcare services by doctors and specialists from renowned hospitals to the remote areas.

Talking about the idea of his start-up, Ayush said, “With Tattvan, we are trying to bridge that gap with the help of telemedicine. We launched the first e-clinic in Bareilly in July 2018. This inspired me and my team to set the course of our future with an aim to disrupt the healthcare sector in India. We are also working in the international arena as we have set up a clinic in Kabul, Afghanistan, and the documentation process to set up an e-clinic in Baghdad, Iraq, has already been completed.”

Realising the immense potential in Tattvan, Dr Sanjay Sarup came on board as the Co-founder and Chief Medical Officer. Attaining commendable success within a short span of time, Tattvan today has a team of 15 members across Gurugram, Bareilly, Pilibhit, Kashipur, and Kabul.

Explaining about e-clinics, Ayush stated, “A standalone clinic with three OPD rooms and reception costs about Rs 10 to Rs 15 lakh, whereas a clinic within a hospital campus cost around Rs 2 to Rs 3 lakh. It takes roughly one week to set up a clinic.”