After the liberalization of its economy, India witnessed significant growth in its middle class and disposable economy. This had a direct impact on the country’s hospitality industry which contributes over 7 per cent to the GDP of India. Considered to be a sunrise industry, the hospitality sector is expected to touch $460 billion by 2028. Moreover, India has witnessed considerable growth in foreign visitors since the 2000s. All these reasons have enabled the country to become the seventh-largest tourism economy in the world. In this article, we will explore almost everything about the hospitality and tourism industry in India. 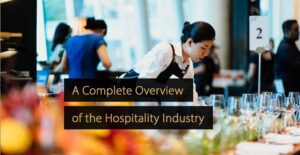 Google defines ‘Hospitality’ as ‘the friendly and generous reception and entertainment of guests, visitors, or strangers’. Juxtaposing what hospitality stands with the tradition that Indians have been following since the ancient times, you will find hospitality in almost every sphere of the country. It was always there in the very essence of India, but the idea of hospitality as a commercial industry in this capitalist world was minimally present even until the early 2000s.

At present, the hospitality industry in India is considered a ‘sunrise industry’ which means it has a huge scope in the near future. It is considered as one of the most profitable industries which also accounts for over 8.78 per cent of the total workforce, creating almost 15 million jobs in the past five years. The sector attracts a major chunk of foreign direct investment inflow along with the most important means of foreign exchange for the country. 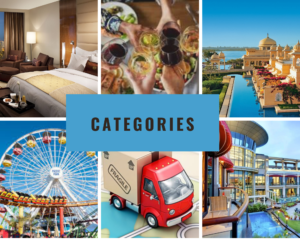 In India, the hospitality industry is categorized broadly into:

Within these categorizations, there are further sub-categorizations. For instance, the lodging industry is further classified based on location, level of service and themes. Moreover, several organizations within the hospitality industry offer services such as food along with accommodation and transportation. 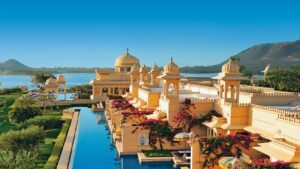 Lodging in India includes the hotel category along with motels and resorts as well.

By 2023, the overall hotel industry in India is expected to reach over Rs 1,200 billion. In the past few years, the occupancy rate of the major hotels has increased at least two folds. The hotel industry is growing at about 7 per cent per annum and many experts believe that it may fall short of meeting the long term demands of the thriving market.

In recent years, another category emerged within the hospitality industry in India – the serviced apartment sector. These apartments usually include two to three fully-furnished bedrooms with all the modern equipment such as washing machines, refrigerators, microwave oven, housekeeping, etc. Even after providing several services, these serviced apartments offer 30-35 per cent tariffs to the business class than the 5-star hotels for longer stays.

Top players in the hotel industry 2019

Within the organized category – casual and fine dining and quick services restaurants (QSRs) form over 80 per cent followed by pubs, bars, clubs, lounge (PBCL) and cafes & bakery occupying the rest of the market. Moreover, the food and beverage sector is expected to grow at 10.4 per cent annually and is likely to reach Rs 5.5 trillion by 2022.

India is home to one of the largest millennial population in the world. Consequently, it has resulted in the opening up of a number of bars and cafes, nightclubs and tea and coffee shops. Apart from the tourist destinations and markets, areas around corporate hubs, universities, colleges, and institutions offer immense opportunities for the food and drinks sector. 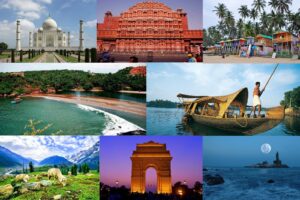 Transportation in the tourism industry is the first step in the tourism business, starting from taking the tourists from the place of origin to the destination. There have been instances where transport accessibility has proven to transform a place into a global attraction of tourism. In contrast, there are examples of places with rich culture, heritage, and natural resources, which have failed to develop due to bad transport accessibility.

The backbone of the country’s economy, roads have proven to be a catalyst in the development of tourism in India. Traveling to some roads in the country can leave some of the most beautiful life experiences on your mind. India, at present, has the second largest road network in the world at around 4,320,000 kilometers. Almost all the major cities and tourist destinations are well interconnected by roads. Along with the government bus facilities, you can find a number of private bus transporters providing quality services to reach one destination to another. Recently, the online car rentals (Ola, Uber, etc.) and self-drive (Zoomcar, Revv, etc.) car options have opened up an immense opportunity for the transportation sector in the Indian hospitality industry.

Following China, Indian Railways are the second-longest railways in Asia. Traveling in Railways in India is considerably economic, which has helped the peripheries develop into attractive tourist places. Each and every corner of the country is well connected with the railways. The government is also running several tourist purpose trains across the country which have been popular amongst foreign as well as Indian tourists. Maharaja Express, Palace on Wheels, Golden Chariot, Shimla and Darjeeling toy trains, etc are some of the prominent examples of world-class tourist trains.

Over the past few decades, airways have also contributed a lot to the development of tourism in India through both international and domestic processes. Although, all the major cities and tourist destinations in India have their own airport and are well connected with air. Seaways in India, unfortunately, haven’t developed on the levels so that it could be exploited for tourism purposes in India. Several reports suggest that sea transportation has lots of potentials to boost the hospitality industry in India. Recent government actions such as opening up of the Ro-Ro ferry service between Ghogha and Dahej in Gujarat are an example of that. 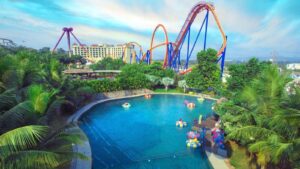 Theme parks are also known as amusement parks. Although, there’s only an airline difference between the two, they are often used interchangeably. They both feature a group of attractions such as various games and rides, including water rides, flat rides, carnival rides, and different kinds of slides, food and a lot more. In addition, theme parks are designed around a ‘unique’ theme. In the recent two decades, India has witnessed significant growth in amusement rides.

As per the recent data, it has witnessed a 17.5 per cent annual growth with revenue around Rs 17 billion. The sector also employees around 80,000 people across India. Amusement and theme parks have proved to swell up tourism across the world, with India being no exception. In India, the government is providing strong regulatory support – from providing various tax benefits to the necessary infrastructure – almost everything that is required. Often ignored, it has proved to be a catalyst in the development of the hospitality industry in India.

Several surveys show that visiting theme parks is one of the most preferred outdoor activities across several metro cities in India, which indicates that the future of the sector is bright. Apart from this, theme parks boost the local economy where they are located. While the government creates infrastructure for the amusement parks, the locality is equally benefited out of it. Newly created employments enhance the quality of the livelihood of the locals. They also create an opportunity for opening up of local businesses such as restaurants, transportations, retails, etc.

Top players in the sector 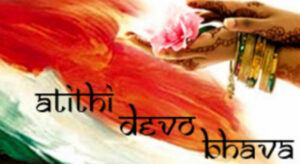 India, known for its ancient tradition of Atithi Devo Bhava or ‘guest is god’ has been hosting foreigners for ages. From Kashmir to Kanyakumari and from Guhar Moti to Kibithu, the country offers an immense opportunity to the hospitality industry. From beautiful snow-capped mountains to desserts, from plateaus to ocean beaches, the hospitality industry in India is indeed an enriched one.