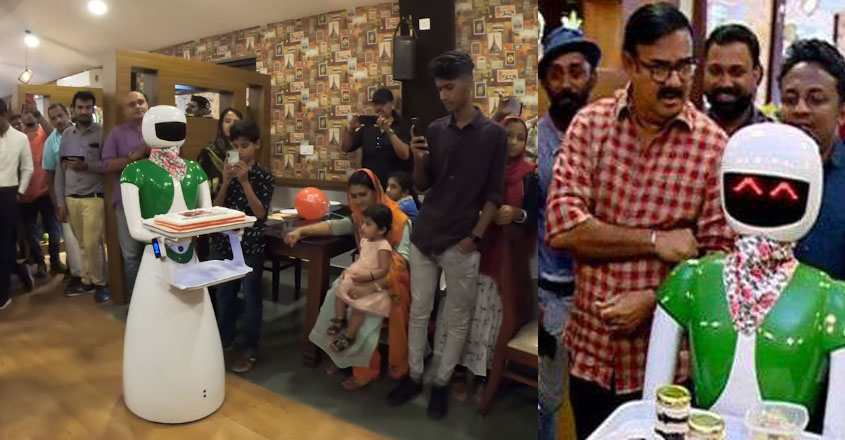 The increased use of AI has always been a controversial topic especially when it comes to integrating it into manual work. Robots have long been used in the west for food manufacturing, preparation and serving while in India, they haven’t been adopted until recently.

Some see this innovation as a threat to human jobs and loss of human touch in the hospitality whereas some view this as a cost-saving measure that could mitigate the restaurant’s staffing crisis. Yet there are still many who view this as an entertaining means.

Regardless of how one feels about the use of robots in restaurants, it is already happening and its further infusion in the food business is inevitable considering the labour cost it saves on top of the skyrocketing rents and not to mention the entertaining element it possess that tend to allure customers.

Owned by a Malayalam industry actor-producer Maniyan Pillai Raju and a few other investors, the restaurant aims to enhance customer’s experience and bring food and technology closer.

The atypical waitresses Aleena, Helen and Jane are equipped to offer customers with the menu, take orders and serve them to the designated table. They are programmed to speak to the customers in English and can politely ask anyone blocking its path to move aside. Apart from these three robot waitresses, one more robot will be present to cater to kids’ entertainment and guide them to washroom as well.

The actor, under whose leadership the new venture is coming up said that since it is difficult to get manpower in the hospitality industry, the use of robots can revolutionise the industry and it is also expected to attract more customers.

According to Nizamudin CV and his wife, who are partners in the project, the group entered into the hospitality sector few months back with a food delivery app Kiwizo and now the decision was taken to expand it.