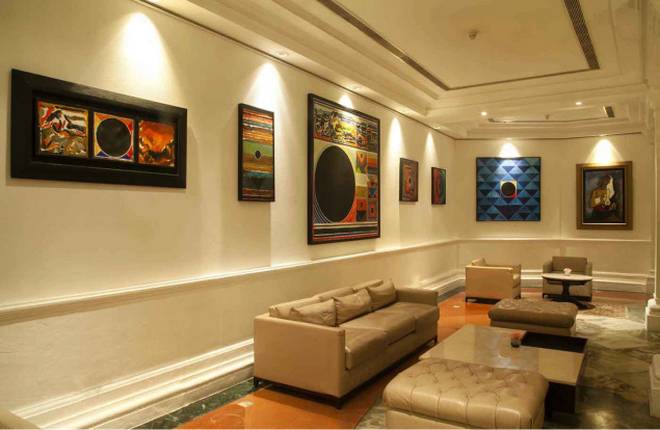 Chairman Suresh Nanda picking up the collective love for art, bringing some of the best masterpieces to the hotel.

Clinging on to its superlative standards when it comes to travel accommodation, hospitality, and fine dining, Suresh Nanda, the Chairman of Claridges Group of Hotels, has been keen on coming up with new offerings that people look forward to and one such offering is art.

Joining hands with the hotel, DAG collection, which has more than 400 masterpieces of art, Claridges now hosts art enthusiasts and collections of art offerings to indulge in by visitors to the hotel. DAG has now officially announced its 3 new spaces in the country’s capital. While the two gallery spaces in Chanakyapuri and the business district of Okhla are scheduled to open in early 2020, the one at The Claridges in Lutyens has been already accessible to visitors, starting its operations since September 29, 2019.

‘That Sixties show’ Bringing Art galore of an era gone by

India’s immaculate art work, which dates back to 1960s was supported and showcased by Claridges, which you too can experience till November 23, 2019. Being an art aficionado himself, Suresh Nanda, the Chairman of Clardiges, also strolled through the art packed hotel and admired the carefully curated sixties’ art.  “The Sixties Show is aimed at drawing attention to the feverish pace of art practice in the 1960s, an important decade during which the pull of the Progressive Artists’ Group remained strong, Group 1890 was established, and experimentations in indigenous solutions became the norm,” states Ashish Anand, DAG’s CEO and MD.

Some of the artists to look forward to: 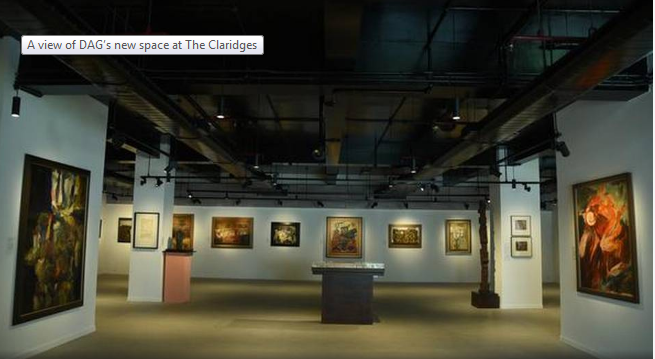 DAG has been credited for preserving and promoting Indian art through more nuanced activities such as historical curatorial exercises, education initiatives for students, tactile programming for the non-sighted, publishing and filmmaking programs, through its collaboration with other institutions and museums, Claridges being the recent one.

This colonial hotel has become something of a historic art gallery, commissioning pieces which help to support the artists and also increase the hotel’s relevance. Owing to the collective inputs of DAG and Suresh Nanda, Claridges has showcased an impressive art collection a visit will be a very pleasant and enlightening experience.