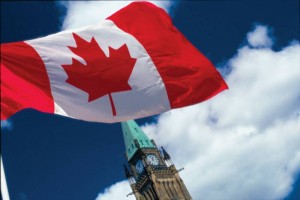 The minimum points required under the Comprehensive Ranking System (CRS) for Canada permanent residence has dropped further. The latest draw was conducted on April 20, 2016 morning. A total of 1,018 Invitations to Apply (ITA) were sent to candidates in the Express Entry pool.

The cut off list has gone down to 468 CRS points that is slightly lower than the previous two draws, which went out at 470 CRS points. All the candidates who are sent ITA will now be able to apply for Canadian permanent residence.

A number of people who filed through WWICS group have received the invitation to apply. The principal applicant can also take his or her family members along, including common-law-partners or spouses as well as dependent children.

In the latest news published on Canada Immigration Newsletter it has been disclosed that ITA is being sent to more people that are living outside Canada, since the time the Express Entry system was initiated in January 2015.Many of the candidates that have been selected for sending invitation do not have a nomination from a province in Canada or a qualifying job offer.

Express Entry is a management system started by Canada to further its federal economic immigration. It includes Federal skilled trades, Federal skilled worker and the Canadian experience class. This system came into force on January 1, 2015.

A person willing to immigrate to Canada should make a profile and submit it in the Express Entry pool. All the submitted applications are given points and ranked as per the CRS.

WWICS Mohali can help you in making a profile and submitting it in Express Entry pool. The government of Canada picks up top ranked candidates from this pool in frequent draws that are held every month. When an ITA has been received by a candidate they have to submit the application for permanent residency in 60 days.

Contact WWICS Mohali today and learn your options to immigrate to Canada.