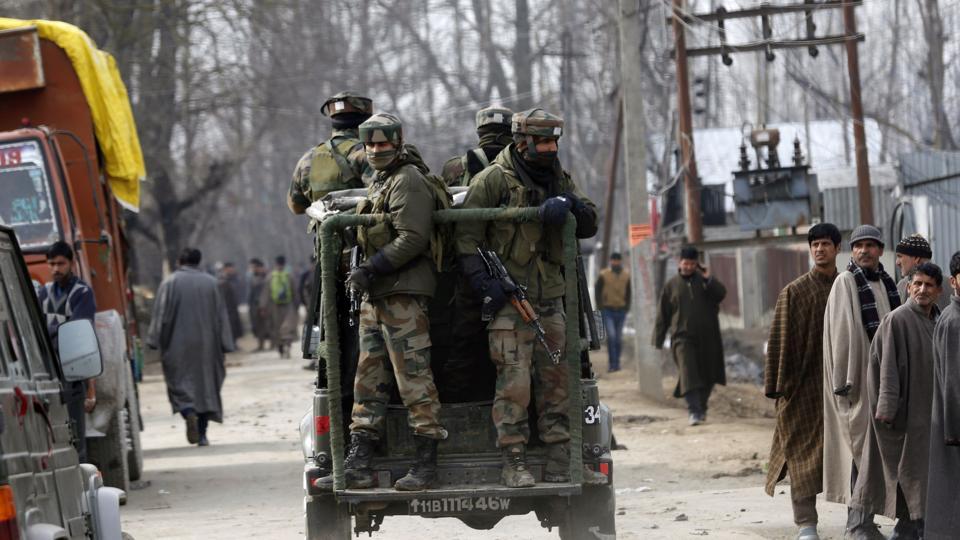 In three separate encounters across different villages of district Shopian and Anantnag, 13 rebels were killed by the Indian army. J&K police Chief SP Vaid confirmed that 7 rebels and 4 army personnel were killed in the Draggad village, while 4 were killed in the Kachidoor area of Shopian. Apart from this, 2 more rebels were found dead in the debris of a house in district Anantnag’s Dialgam after the encounter ended.

“They have crushed South Kashmir,” exclaimed a person at the funeral of Ishfaq Malik (one of the rebels), who belonged to Pinjura village of Shopian. This was one of the deadliest days since the famous protests that rocked the valley in 2008. As soon as the news broke out regarding the encounter, scores of people came out from their homes and tried to save the rebels by protesting near the encounter sites. The CRPF and Army used force to disperse the protestors. They used teargas, pellets and fired upon the protestors, in which 4 innocent civilians were killed and more than 20 people sustained pellet injuries in their eyes.

The pellet horror has already blinded more than 500 Kashmiris, mostly children in the last couple of years. Apart from this, at least 200 people have received teargas and bullet injuries in the past 24 hours. The authorities have blocked the internet across Kashmir, while train services have also been stopped.

“They are one of us, they took arms to save from the wrath of the army”, yelled a resident from Pinjura. Thousands of residents gathered for the funeral of rebels. Several rounds of funeral were held for all them. A 24-year old rebel ‘Zubair Turray’, who was also killed in the encounter was slapped with charges under Public Safety Act time and again for stone pelting. Although, he gave up stone pelting soon, he still found himself behind the bars more often than not. “Due to continuous detention, he was left with no choice, but to pick-up arms,” stated a neighbour of Zubair Turray.

“We are all rebels,” said a person hailing from Kachidoor. “If they want to kill some rebels, why do they damage the properties of locals even after the encounter is over?” asked an elderly person from the same village. “No matter how many of us are killed, our struggle will go on and we will never bow down until the army goes back to where it belongs,” he added. “No one can win hearts by using force. Today these rebels have been killed, tomorrow, more rebels will pick up guns and the process will go on until we are free from the occupation,” he concluded.

Despite the fear of losing their lives, the people were able to save 2 rebels, who were pulled out alive, albeit injured from the debris. There seems to be no end to the violence, as the army has started operation ‘All Out’ to wipe out all the rebels from the valley. However, the operation has apparently backfired as 124 locals joined different rebel groups in 2017. In this year, 27 youth have already picked up arms in 3 months and the number is only increasing with each day.