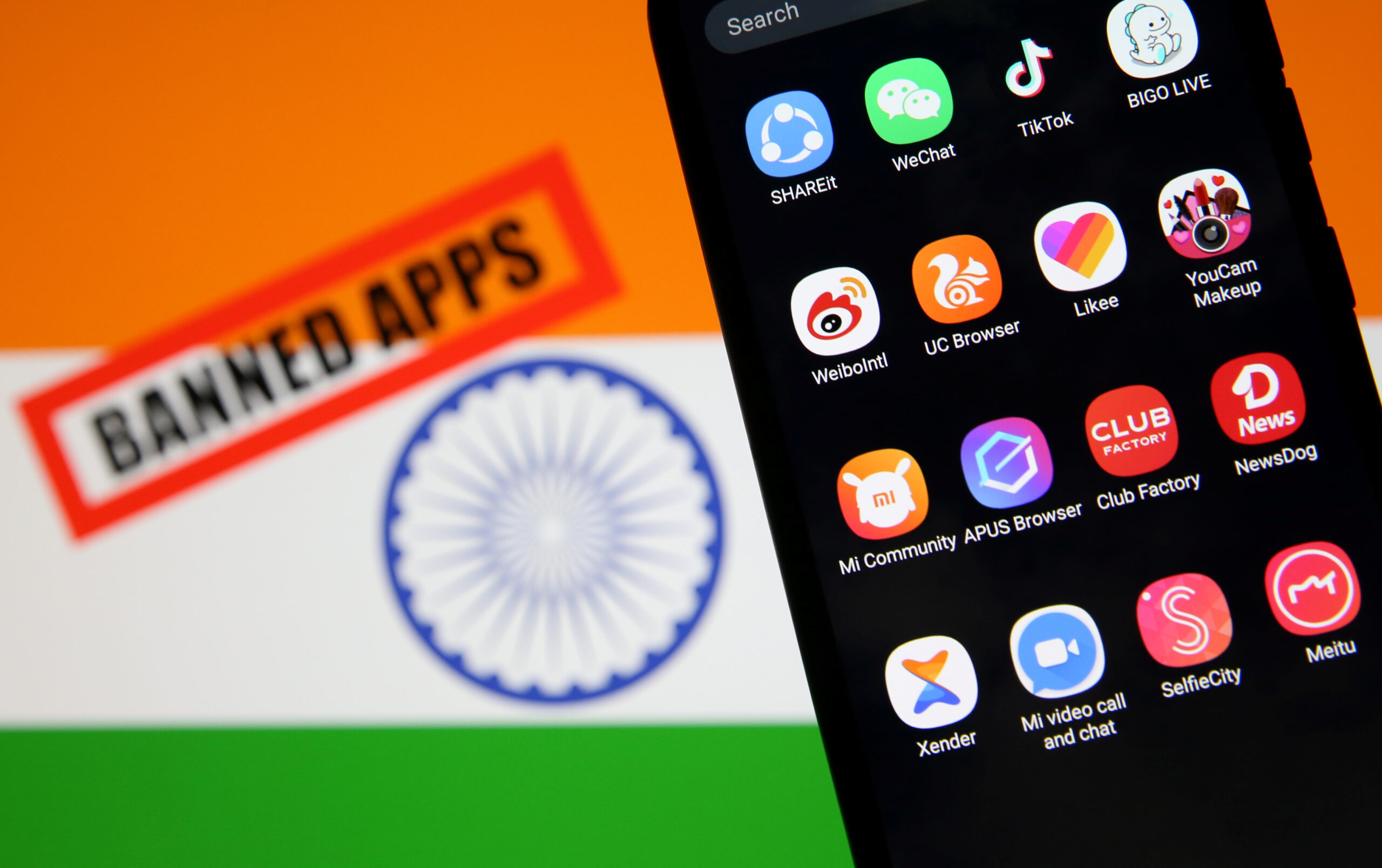 The Ministry of Electronics and Information Technology (MeitY) released a fresh list of 54 Chinese apps that it wants banned in the interest of national security. The ban on Chinese apps kicked-off following a border clash between Indian and Chinese troops in 2020.

Initially consisting of 59 apps, including Tik Tok, the list has significantly expanded to include some 321 Chinese apps at present.

The Indian Government cited “threat to national security” as the reason behind its decision. According to officials, the government believed that user data was being sent to servers in China through the apps. Addressing the latest ban notice, the government in an official statement declared that the 54 named apps were allegedly used to collect sensitive user data and transmit them to servers in hostile countries.

“In addition there are other serious concerns as some of these apps can carry out Espionage and Surveillance activities via camera/ mic, accessing fine location (GPS) and do malicious network activity similar to previously blocked apps,” the statement read.

Google was one of the first companies to respond, informing Gadgets360 that it had “temporarily blocked access” to the listed apps on its Google Play store.

Some of the apps that made the new list comprises of video editing apps like Viva Video Editor and Nice Video Baidu, mobiles games such as Onmyoji Chess, Conquer Online II and Garena Free Fire – a game that rose to prominence after the ban on PUBG.

What is of interest is that the 54 apps which made the new list bear striking resemblance to those taken down in 2020. Nearly 224 apps, including popular ones like Tik Tok, UC News, UC Browser, Bigo Live, Likee, Helo, Shareit, WeChat and ES File Explorer, were banned by the Indian Government.

It is common knowledge that many of these apps have rebranded themselves in an effort to regain access to the Indian market. Others have been made available as APK files, a viable download alternative to the popular Google Play Store.

A case in point is Bigo Live. While it was one of the first apps to be banned, it continues to operate in India with a sizeable number of users. Its ability to avoid scrutiny and resume operations under the radar poses a significant question as to the effectiveness of the official ban.

One of the reasons why such shadow apps are popular amongst Indian users is the unavailability of indigenous replicas. The Chinese apps are often free to download and present by the dozens, leaving the user spoilt for choice.

Additionally, India’s manufacturing capability when it comes to network system and apps is pale in comparison to China’s. This makes it difficult for domestic Indian apps to compete with Chinese ones.

Experts also attribute the prevalence of Chinese apps in the Indian market to the modus operandi of these companies. By portraying themselves as having originated from countries like Singapore or the United States, these apps are able to fool the average Indian user.

The absence of identifying mechanisms is proving to be another handicap. However, its efficacy is debatable given the quick pace at which the apps are being cloned and redistributed in the market.

India’s internet market is one of the most lucrative in the world. With nearly 700 million users, companies stand to rake in a lot by virtue of their presence. The IAMAI-Kantar ICUBE 2020 report stated that the number of active internet users in India alone is expected to touch 900 million by 2025. It therefore, makes sense for Chinese companies to capitalize on a booming market so close to home.