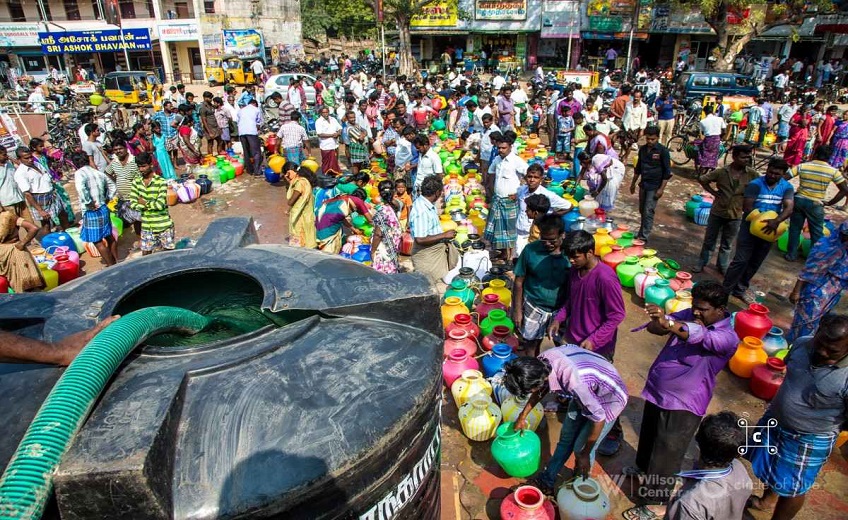 Experiencing a record-breaking dry spell this year, Chennai is likely to get a sigh of relief this week. With the change in wind direction due to a system over the Bay of Bengal, the city is expected to witness rain showers in 2-3 days.

“South-westerly winds will gather strength in the next 2-3 days as the low pressure develops. The system won’t intensify into a cyclone,” said N Puviarasan, director, Area Cyclone Warning Centre, RMC.

“It will also bring a change in the moisture levels that may bring rain to some parts of the city,” he added.

Owing to the water shortage, a number of schools have been shut down in Chennai.  “There are several schools that have discreetly changed timings or closed down certain sections due to scarcity of water,” says KR Nandhakumar, State Secretary, Tamil Nadu Matriculation, Higher Secondary, and CBSE Schools Association. “But they are not saying it publicly because they are afraid of backlash from the government which is denying the issue,” he adds.

Due to the extreme conditions and hot dry winds from the north and northwest, Chennai recorded an average temperature of above 40°C.

“Once south-westerly winds increase, sea breeze will set in as early as 11.30am and will bring down the temperature by 2 to 3 degrees,” said Mr Puviarasan.

As per the experts, the rain is not likely to be enough to recharge the groundwater. “With a 20mm-50mm type of rain, June-July rain may not be so useful for groundwater recharge, said weather blogger Pradeep John in an online post.

“Chennai and coastal areas of Tamil Nadu do not receive much rain during the southwest monsoon. But the break monsoon period may bring some rain,” an IMD official said.