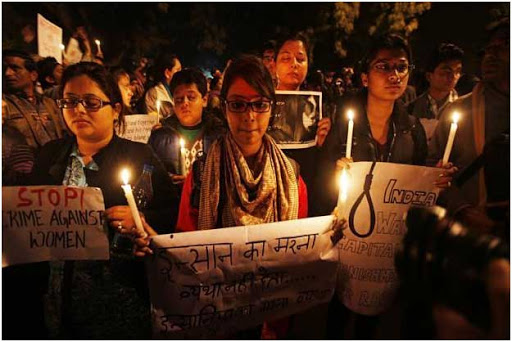 A 23-year-old woman was allegedly gang-raped by 2 men from Uttarakhand who offered her a job in Moradabad, UP.

A woman was allegedly lured on the pretext of marriage and was gang-raped by 2 men in Moradabad, Uttar Pradesh. The woman got to know one of the accused through social media and was allegedly offered a job by him. The survivor is a resident of Mithapur, Delhi.

Both the accused belong to the minority community and some members of the right-wing allegedly started forcing the cops to add sections of anti-conversion law to the FIR.

The woman, who is a graduate, got to know the accused through social media where he introduced himself as the manager of an online export company. The man offered a job to the woman and asked her to appear for an interview in Moradabad.

The woman reached UP on a bus on Saturday and the accused met her at the bus stand. The accused then took the woman to a hotel in Budh Vihar where they booked a room for her. The woman claimed that the accused gave her a drink laced with sedatives and she lost consciousness, The Times of India reported.

The accused then gang-raped the woman and went fled. The hotel staff was unable to give any information about the accused. The cops checked the CCTV footage of the hotel and identified the accused as Raja and Ehtesham. At midnight, a group of right-wing activists and the woman’s family members went to the police station and pressured the cops to add sections of the anti-conversion law. The cops, however, refused to do the same.

A probe revealed that the accused are from Kashipur, Uttarakhand. One of the accused works as a sales manager for a company and was in touch with her for the last few days. The accused were booked under relevant sections of the Indian Penal Code (IPC). The woman was sent for a medico-legal examination.