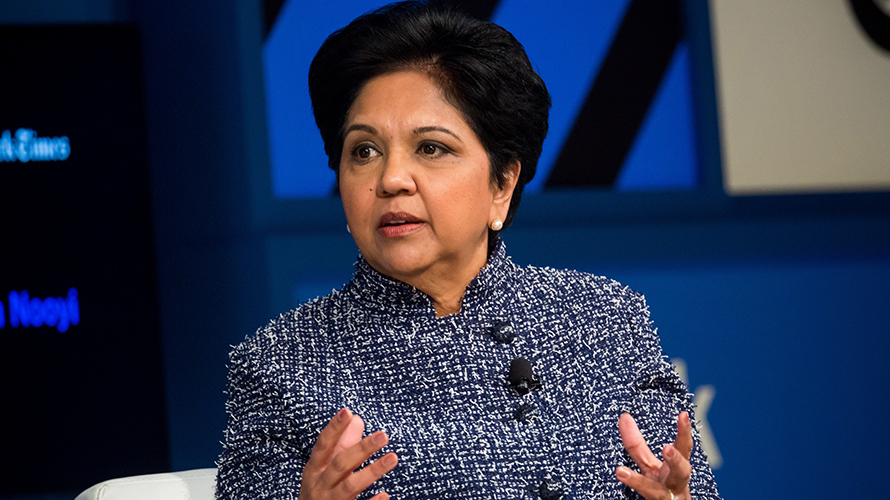 Indra Nooyi to step down as the CEO of PepsiCo

Indra Nooyi, the PepsiCo CEO, who happens to be one of the most powerful women featured in the Forbes list, will step down from her post on October 3. She will still remain as a chairperson till early 2019, and will be replaced by the Global Operations Chief, Ramon Laguarta.

The Indian-born businesswoman is one of the few people of color who leads a Fortune 500 company. She transformed Pepsi into an immensely successful global brand. During her career that spanned for more than a decade, she pushed global sales by 80%. Her initiatives changed Pepsi into an environmentally-aware organization that follows green practices.

In an interview, she said, “Growing up in India, I never imagined I’d have the opportunity to lead such an extraordinary company.” After her departure, only 24 women are left as leaders of Fortune 500 companies.

Her successor, Ramon Laguarta, also happens to be an immigrant, who was born in Spain. He has served as the PepsiCo president since September 2017. He oversaw the global operations, corporate strategy, public policy and government affairs. Indra Nooyi expressed happiness over Ramon Laguarta being chosen as her successor. She called him “exactly the right person to build on our [PepsiCo’s] success.”

PepsiCo all set to develop its Agri-food industry in India