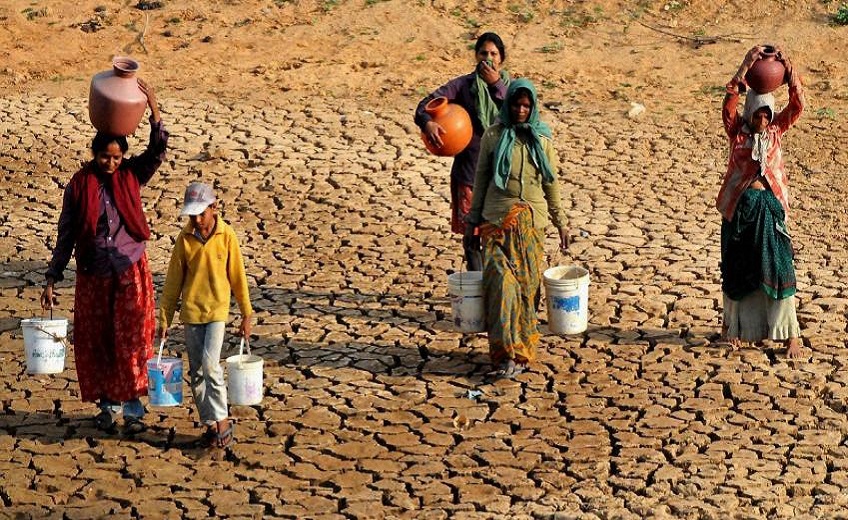 Most states of India hit by drought, delay in crop yield

According to the recent data shown by India Meteorological Department (IMD), more than half of the Indian population is staggering under the drought. Millions of people are facing drinking water shortage with the natural water sources dried up and the ground level of water completely dropped.

Almost 51 percent of the total geographical area of the country is facing rainfall deficit according to India Meteorological Department , which compels the rural people to store the remaining water for drinking purpose that will lead to delay in yield of summer crops. About 15 percent of the country’s GDP comes from agriculture and more than 50 percent of the croplands depend on the monsoon rain. Thus the rain deficit is most likely to affect the livelihood of the people especially of the rural areas and the country’s economy as a whole.  In some parts of central and peninsular India, unfortunately, people have been experiencing drought for two consecutive years.

Some places in South and South west Delhi have water level dropped 20-30 metres below the surface and most of the other states have their water reservoirs dramatically depleted.

Farmers’ group are pleading the government to declare the places suffering from menacing water scarcity as ‘drought-hit’ officially without waiting further till monsoon so that relief measures can be taken at the soonest. With the sluggish monsoon this year, farmers are lagging behind in crop plantation, especially the dry crops that are completely dependent upon the monsoon rain.

The All India Kisan Sangharsh Co-ordination(AIKSC) has demanded a revised norm for crop loss compensation of Rs 10,000 per acre of unirrigated land and relatively higher amount for irrigated land and horticultural crops. They also asked for a timely and full compensation from the RBI with no denial to the farmers, considering the severe drought.