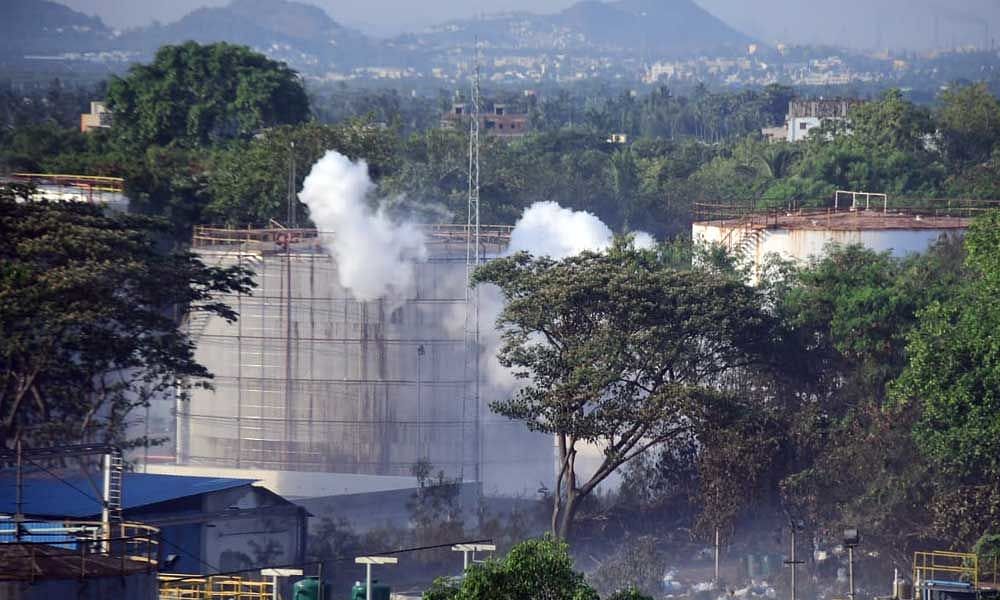 According to the updates received from King George Hospital, 10 people, including a seven-year-old and two senior citizens have died while over 5,000 people have reported sick after a gas leak on Thursday morning.

The tragedy took place around 3 AM at LG Polymers industry at RR Venkatapuram. The gas leak has spread around a 5 Km radius where people were found lying unconscious on roads.

The styrene gas that leaked from the LG Polymers plant is an extremely harmful chemical gas that affects the nose lining and liver of the inhalants. Not only can it be fatal but also cause long term damage to humans as well as animals.

After reporting, the affected were rushed to the closest hospital, King George Hospital, where 8 people were declared dead immediately after admission. Over 5,000 patients are being treated by the hospital while more are being brought in for treatment every few hours.

PM Modi has spoken with the Union Home Ministry and brought forth the National Disaster Management Authority to keep a close check and take hold of the situation as quickly as possible.

Out of the 128 admitted in King George Hospital, 98 have recovered while some continued to face breathing problems. The doctors at KGH said that the death toll may not increase in our hospital.

The polystyrene manufacturing industry, LG Polymers, was established in 1961 as Hindustan Polymers in Vizag. Later, merging with McDowell & co. ltd. of UB Group in 1978, the industry was doing exponentially well.

The gas leak has also affected Santhoshnagar and its surrounding areas which are located over 2 kms away from the site of the incident. People have reported symptoms like vomiting, breathlessness and some fell unconscious. Approximately 50 people were found unconscious on the roads and at this time, reaching the affected site to locate people has become very difficult.

The residents in this area were asked to vacate the premises at 6am by the police. While a few went on to stay with their friends or relatives in other parts of the city, many went to distant localities like Muralinagar.