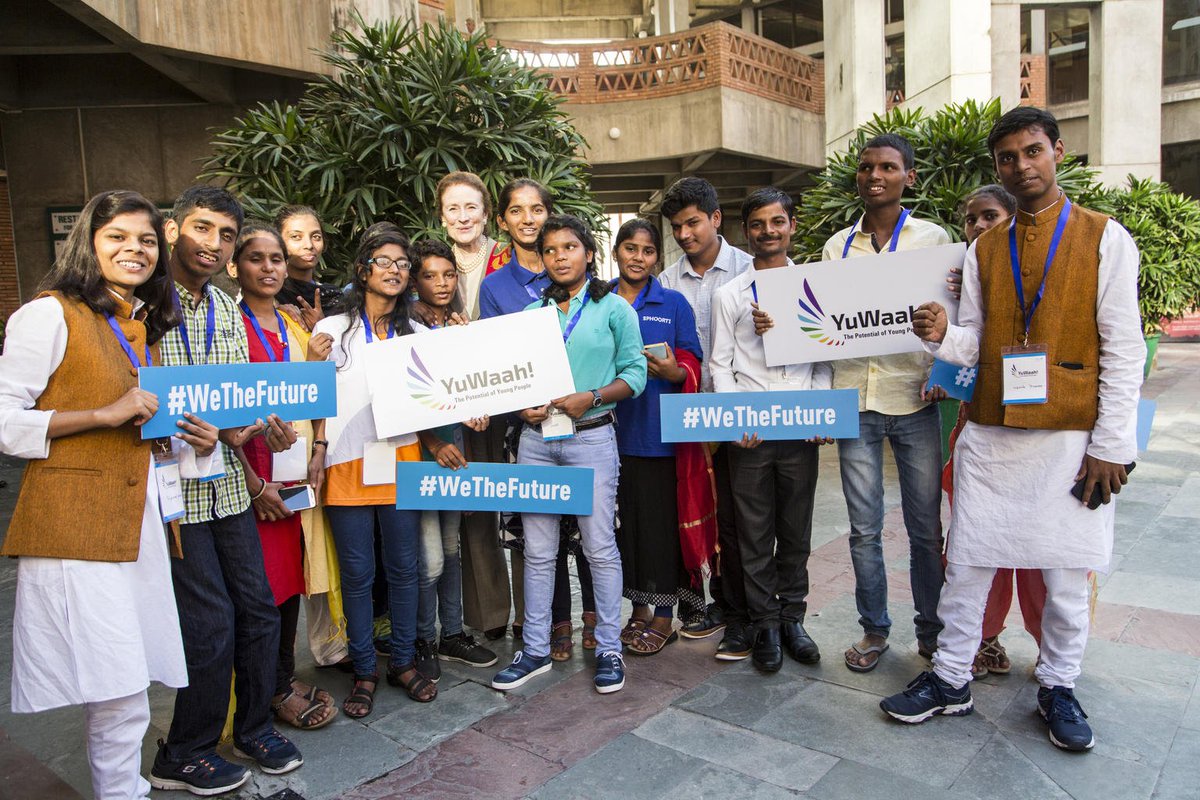 The movement is supported by UNICEF, which aims to bring in young people together across the sectors such as private, government, local and international organisations. Generation Unlimited aims to invest in the learning and training of the young ones to prepare them for the complex and fast-changing world of work.

At the launch, Mrs Irani said “The government is determined to lead in making YuWaah! a transformational alliance that brings a national step change in preparing young people for the transition from education to 21stcentury work.”

While speaking at the event, the Executive Director of UNICEF, Henrietta fore said, “Any country’s greatest asset is the energy, ideas and vision of its young people. As young people build their own futures, they’ll build India’s future. Investing in them is the best investment India can make.”

In a letter, Prime Minister Narendra Modi lauded the YuWaah! Initiative and said that this initiative would go a long way to help the youths in acquiring skills which would enhance their potential and creativity to empower the youth of India in creating ‘new India’ of the 21st century.

The minister and executive director launched a special ‘U-Report’ digital survey intended to hear out the voices of the youths that can constructively shape the actions of YuWaah partners.

India is a country with over 50 per cent of the population below the age of 25, with such a young human resource, India can grow exponentially with the help of the right guiding light. YuWaah! can foster employment if applicated properly.

Looking for a remote job? Join CAI to earn a decent income from the comfort of your home

The evolution of Mechatronics in India – Increasing job opportunities and growth