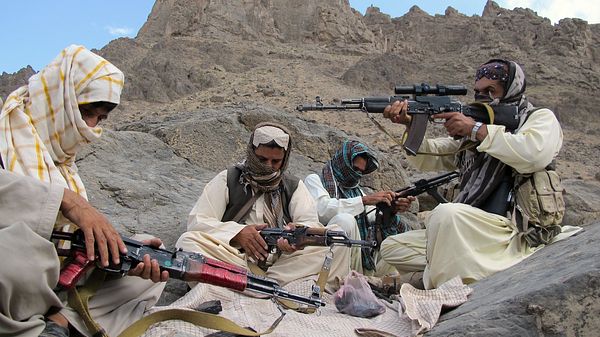 What would drive a 30-year-old mother of two kids to carry out a suicide attack? That is the question on everybody’s mind in the aftermath of the blast that rocked Karachi on Tuesday.

Shaari Baloch, the perpetrator of the suicide attack at the Confucius Institute, University of Karachi, that claimed the lives of three Chinese citizens, held a Master’s degree in Zoology and MPhil in education and was employed as a teacher. Nothing about her drew suspicion nor did she display any signs of being a potential threat.

Although Shaari Baloch had ties with the Baloch Liberation Army (BLA), she did not have a terrorist past. This has baffled most security experts given that most suicide bombers have always had incriminating pasts. And that is all the more concerning. The BLA were quick to claim responsibility for the strike which was captured on the campus CCTV cameras and a tweet, supposedly from her husband, congratulating her actions as surfaced online.

Experts and journalists have stated that the event was a serious cause of concern from Pakistan’s standpoint. Bashir Ahmad Gwakh, a journalist, stated that Shaari came from a well-educated family and was not in touch with armed insurgents at any point in time. In fact, she had only met Baloch insurgents two years ago and had volunteered to go on such a mission, and that was it.

According to Gwakh, the attack should concern Pakistani security agencies as well as the government and they should seriously ponder if it signaled a new chapter of Baloch insurgency.

Since 2004, the BLA has been involved in an armed struggle for what it claims as self-determination for the Baloch people and separation of Balochistan from Pakistan. In the course of its violent struggle, the group has been involved in terror attacks non-Baloch minorities in the region and elsewhere across Pakistan.

One possible explanation is that the attack highlights the displeasure of the Baloch people towards growing Chinese investment. The province and its surrounding areas are vital to the Chinese Belt and Road Initiative (BRI) and the China-Pakistan Economic Corridor (CPEC) but Chinese investments in the area were met with hostility from the locals.

The attacks will undoubtedly put a strain on Pakistan-China relationships – something Islamabad has to handle delicately. Beijing has already called for increased protection of its projects and its citizens and urged Islamabad to address the “root cause of the problem”.

Chinese daily, the Global Times, condemned the attacks in an editorial and warned that that forces targeting Chinese nationals in attacks will be stricken the hardest. “We must point out that Pakistan has strengthened the protection of Chinese nationals in recent years but without addressing the root causes of the problem, there will always be loopholes,” it added further.