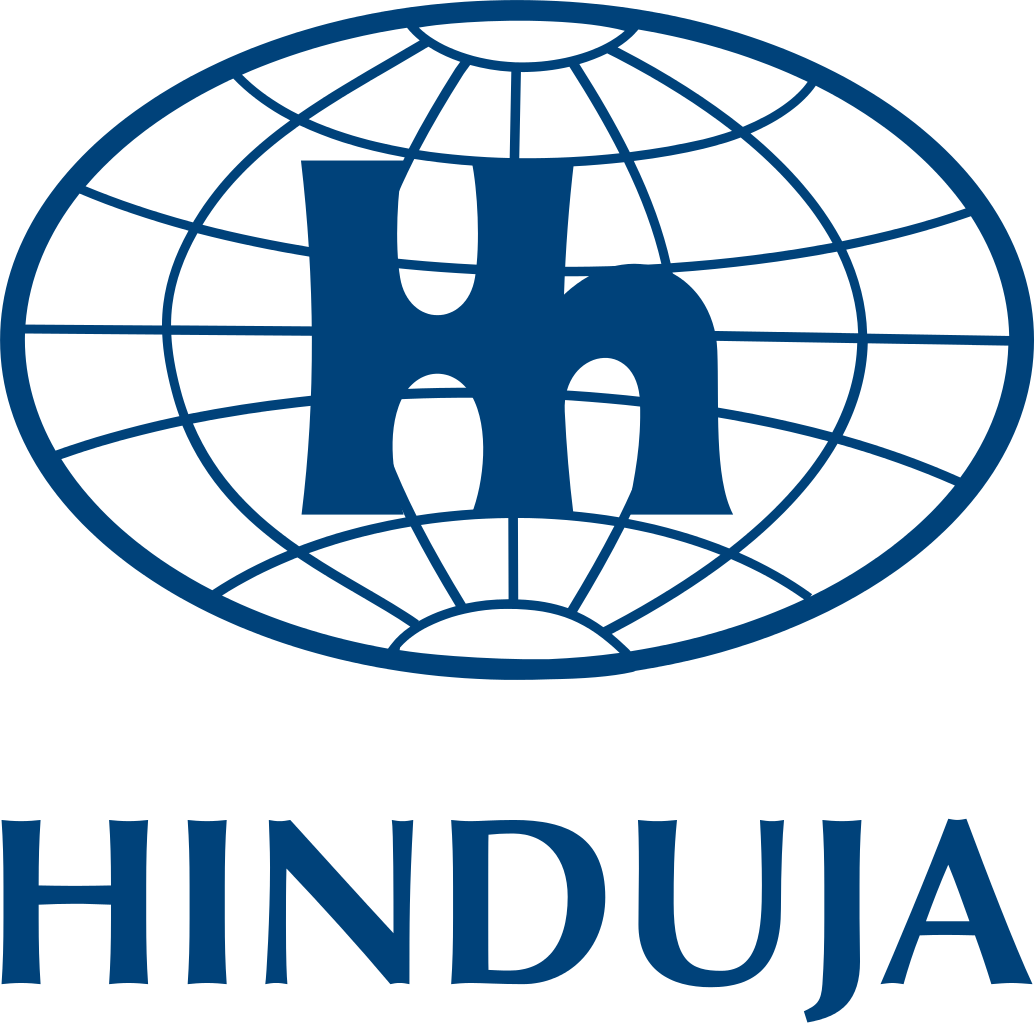 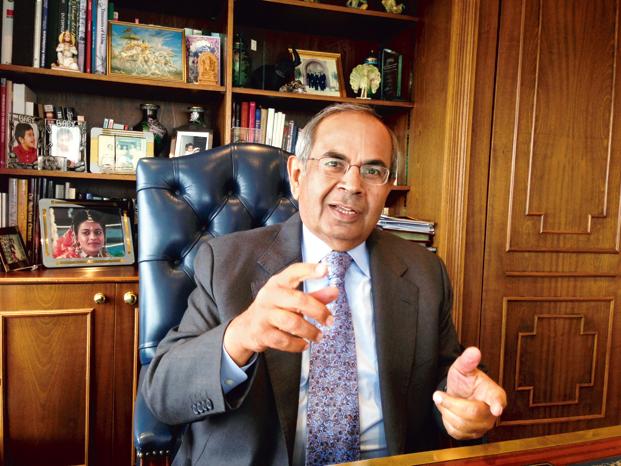 Q. What is your take on Brexit?
A. There are always two sides for any issue, so if you look at the EU referendum result, there were differences across the United Kingdom. London, Europe’s leading financial centre, with Scotland and Northern Ireland, all voted to remain in the European Union. Moreover, the rest of England and most of Wales voted to leave the EU. We live in an increasingly interdependent and interconnected world. Of course, the withdrawal of the Great Britain, the world’s fifth largest economy, from the European Union, will inevitably have an impact on the global economy. We have already seen that reflected in the fall in stock market valuations around the world. I believe there are opportunities for india. The UK’s membership of the EU since 1973 has not helped bilateral trade between India and the UK as India has been required to provide goods and services to common European Union-wide standards, which has presented significant barriers for India’s exports. That may now change for the better from an Indian point of view. The free movement of people in the EU has led to there being more than three million East Europeans in the UK, which led to more demanding limitations on immigration. Following Brexit, we have to see what new system to control immigration emerges. This could benefit for India and Indians as the desire for skilled workers increases. Further to this, Britain will have the opportunity to focus on its trade with emerging markets, notably India, and fill any gap which may appear in the trade with the EU, following the UK’s exit from the EU.

Q. The Hinduja Group has some huge business stakes in the UK and the EU. Do you think Brexit could in any way change the dynamics of your interests there?
A. As you know Hinduja Group are a diversified multinational group with a presence in 40 countries in Asia, Europe, North and South America in ten business sectors. So with Brexit, I do not expect any dramatic impact on the group. The sterling falling in the currency markets did not impact the group as we are a dollar-based group. Furthermore, the dramatic falls in the sterling and the FTSE were short-lived, and the markets have recovered. Looking at our investments in the UK, these are important but not huge. Most important, Brexit will not change our strategy in the UK, and we will not move away from the investments we have. We are confident our investments in the UK will continue to perform well, including Optare, Ashok Leyland’s which is small electric bus manufacturer, HGS with their three call centres and Gulf Oil with its subsidiary, the US specialty-fluids manufacturer, Houghton International in Manchester.

Q. You were apparently against the Brexit? What were your reasons?
A. I have never said I was against Brexit. However, what is true is that business and financial markets like certainty and remaining within the EU provided a continuation of the status quo, and a greater level of certainty. But this result will bring opportunities for a business such as ours to grab and make the most of. That is what we will do.

Q. How is the EU going to cope up with the Brexit? Do you think the development will make the EU a more cohesive unit or it is the start of regional disintegration as is being predicted by some critics?
A. With the referendum result still so recent, I am not the one to start speculating about how the EU will manage in the future. There will be a lot of time for making adjustments and to try and see how things work better. We are only at the start of a withdrawal process, which will take time, and at the very least two years, from when the UK Government decides to invoke Article 50 of the Lisbon Treaty, allowing for a two-year period to negotiate the UK’s withdrawal. The path to final withdrawal from the EU is no simple process – the new prime minister will need to seek the permission of the Westminster Parliament to invoke Article 50. The devolved Parliament in Scotland has expressed concern about withdrawal, but would not be able to overturn a decision of the Westminster Parliament without first becoming an independent country. There is also the prospect of a general election for the new prime minister to seek a new mandate to going forward with Brexit.

Q. Do you think the UK will now start focusing more on manufacturing in order to balance its dependence on service sector?
A. The UK is very much a service sector economy, and will continue to be so in the future.In manufacturing they have some valuable skills, for example in car manufacturing and defence. But for the future growth will also come from innovative, more value-added sectors, such as science, research and information technology.

Q. You have been very vocal about the pace of growth in India. As recently as in April this year, you had been quoted in an interview to The Wall Street Journal stating, “(our) grievance is only one: Whether it is stressed projects, whether it is infrastructure, it’s very difficult to invest…”
A. When Prime Minister Narendra Modi was elected in 2014, I went on record to say that his election came at the right time as India was ready for a change. He has worked hard to increase economic growth, business activity and above all investment. What has proved more challenging, for which he is fully aware, is the necessary change in culture and ‘the way things are done in India.’ The Prime Minister’s record will ultimately be judged on how far he is able to implement his programme for the government.

Q. You have plans of buying distressed assets in infrastructure in Africa, India and other markets. Can you please shed some light on such deals which you are planning to do?
A. We have never invested in distressed assets in Africa. However, we see Africa as offering the group real opportunities for growth, with good margins, but we are aware there is a higher level of risk. With Ashok Leyland, we already have seen $500 million in sales and with our other verticals, we continue to seek out opportunities across Africa, including infrastructure.

Q. The Hinduja group is also interested in getting into Indian defence sector. What’s the progress there?
A. As you are most probably aware, through Ashok Leyland our group’s flagship in India, we are the largest supplier of logistic vehicles to the Indian army. More than 70,000 vehicles known for their reliability and durability are in operation. We are constantly extending the product range to meet the growing needs of the army in the high-mobility segment. We have strategic partnerships with global majors such as Nexter, Saab and Selex Galileo and technology partnership with Lockheed Martin to offer appropriate product solutions.

Q. Hinduja Group’s Gulf Oil must be facing the heat due to the turmoil in the oil markets.
A. Gulf Oil International is one of the largest privately-owned downstream oil companies and one of the few pure-play lubricants companies in the world. Gulf brand is now present in over 100 countries worldwide through a combination of wholly-owned subsidiaries, joint ventures and a network of official lubricants and fuel licensees. An extensive portfolio of products is provided to distributors through a global network of blending facilities located in Asia, Europe, North and South America, and consequently, the group benefits from a global presence. Gulf Oil International’s performance from the Lubricants segment for the year ending 31 March 2016 versus the prior year was one the strongest, favourably impacted by a combination of higher volumes and improved gross margin. Gulf Oil is a downstream oil company, and generally a beneficiary of the volatility in the oil price. In the financial year, the group saw benefit from the lower base oil prices resulting from lower crude oil prices. Consequently, through effective margin management, the group held on to the gross margin. There is typically a lag of 2–3 months when adjusting for changes in the price of base oils.

Q. You have also been showing interest in entering the solar power sector in India and develop a generation capacity of 1,000 mega watt in phases with an investment of over Rs 6,000 crore. Any developments?
A. We are energetically pursuing viable opportunities in solar and renewables. As I told you, we are negotiating Power Purchase Agreements with a number of clients. We will watch this space over the next 12 months and our role in it.

Q. In the past you had to move away your business from Iran after the Islamic revolution. You shifted your base to the UK then. Now, again in a major turn of events with sanctions on Iran being eased out, will your company invest there?
A. We moved our operating base to Europe, but our offices and businesses continued in Iran. During or after the Islamic revolution, did we stop our business with Iran which has been the fountain head of the group’s growth and history. However, during the time of UN and Western sanctions, we were bound to curtail our business activities as investments were not possible. Due to the embargo and sanctions on banking operations, it became impossible to do regular business. Nevertheless, we maintained our presence throughout the sanction years awaiting their end. So we are here with many opportunities are available in Iran for each of our business verticals and also i am confident that we shall come around the level of our business there to our pre-sanction levels or even higher.