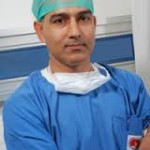 Dr Ashwani Maichand, a Fortis doctor, has been given the clean chit by the Medical Council of India (MCI) in a case related to wrong foot surgery. The Delhi Medical Council had accused Dr Maichand of negligence, and his name was removed from the Indian medical register (IMR) for 180 days in February 2017. The wrong knee surgery case was reported in June 2016. However, he has been proven innocent after proper investigation.

The media hype that was created, alleging Dr Maichand of operating the wrong foot was done without waiting for a conclusive proof. After investigation, it has been proved that the doctor wasn’t present in the operation theatre at the time of surgery. After considering the situation, the Ethics committee of MCI decided that the doctor cannot be considered guilty as he was absent due to some personal reasons and was in no position to help in any way. The committee also concluded that no case of medical negligence can be made against Dr. Ashwani Maichand.

Proper investigation also proved that the original plan was to operate on the right leg and not the left one. Even so, the doctor was only involved in the operational planning. Therefore, he was in no position to know the change in the decision. Evidences also proved that neither he was contacted nor his advice was sought. After considering all the facts and evidences, the punishment was revoked and all the charges were exempted against the doctor.

False cases against the doctors have been on the rise. This case is an evidence of how honest doctors are summoned without proper investigation. However, in the future, authorities can surely take a leaf out of this case if similar situation arises and reputed doctors can be saved from getting defamed without committing any mistake.