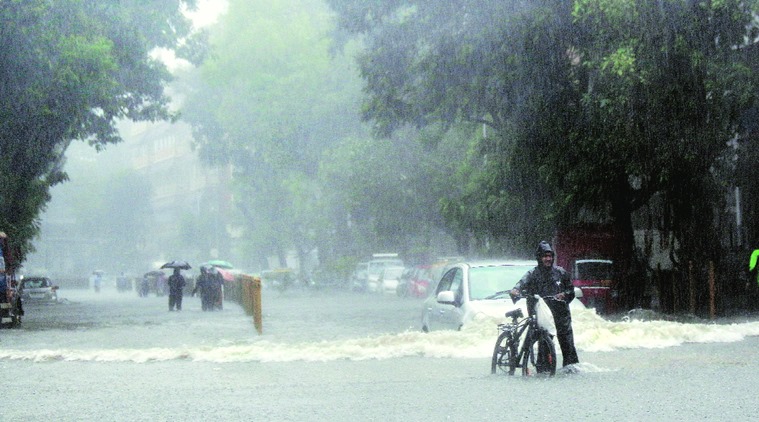 Mumbai gets season’s average rainfall in only 2 months

Following the extremely heavy downpour, the India Meteorological Department (IMD) observatories at Colaba and Santacruz have surpassed the season’s average rainfall of 2,066mm and 2,260.4 mm, respectively, for four months in a span of about two months.

While parts of south Mumbai reported heavy rainfall during the day, by evening, several localities in the suburbs and adjoining areas such as Thane and Navi Mumbai caught up.

Fishermen have been advised against venturing into the sea.

K S Hosalikar, deputy director-general (western region), IMD, said they have already issued a forecast for the possibility of floods in the city and the suburbs.

The prevailing weather conditions that gave Mumbai and its adjoining localities these intense showers were due to a well-marked low pressure area over the north-west Bay of Bengal, off north Odisha and West Bengal coasts, along with associated cyclonic circulation extending till the upper tropospheric levels tilting south-westwards.

IMD, though, said it is “very likely” to move west-northwest and weaken gradually during the next two days.

“Very intense development was seen over the west coast with monsoon vigorous on north Konkan, which includes parts of Mumbai, Thane, Raigad and Palghar. The Ghat areas of Maharashtra are also expected to receive extremely heavy rainfall due to it,” said Hosalikar.