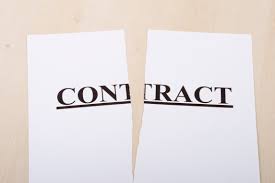 Computer-based testing company Prometric testing pvt ltd has terminated its contract with NBE after mutually considering the interest of both the parties. After students raised their demands to scrap the NEET exam, both the parties decided to assess their association and take an appropriate decision regarding their contract.

Officials at Prometric said that this was probably the best option at this juncture, considering the change in day-based system and student cataclysm. However, they reiterated that the huge presence of Prometric in India will not be impacted by this decision as it has already administered more than 4 lakh NEET-PG exams over the last six years, making it one of the world’s best computerized testing companies.

Prometric has changed the entire concept of exams by introducing secured systems to conduct flawless computerized exams in India and the rest of the world. The success of this company has changed the Indian education system for better.

However, the company had to consider the decision of its association with NBE as the students were not happy with the exam. Students were asking either to scrap the NEET exam entirely, or change it to a day-based system, which made Prometric arrive at this decision to part ways. But the company believes that terminating the contract with NBE does not mean that its reputation will take a hit.

The computerized testing company also quashed rumors regarding software hacking during a previous NEET exam. Officials at the company said that their decision of aborting the agreement had nothing to do with the hacking rumor, and their decision was entirely based on the interest of both NBE and Prometric.

They further added that the software of the company was never hacked and they had never accepted the allegations. The news surrounding the hacking incident was entirely hyped by media and it is without merit.

After continuous cheating incidents and paper leaks, there has been a negativity surrounding high-stake exams, especially NEET. Students and authorities have given different opinions regarding the exam. This uproar against the exam forced Prometric and NBE to consider their association, which finally resulted in both the parties mutually parting their ways.