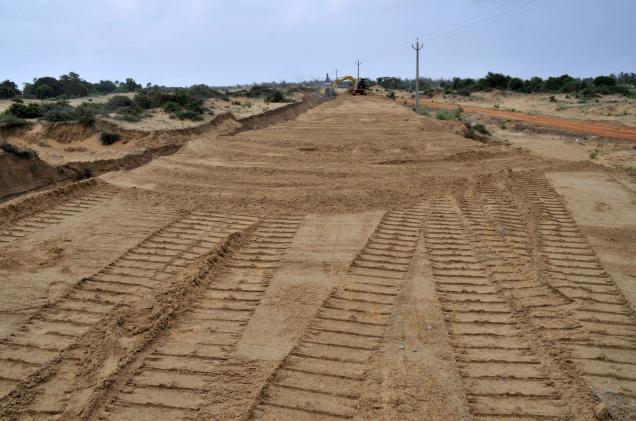 The government is contemplating changing the land acquisition bill to restore the provision which would make it mandatory for governments to secure the consent of a specified number of land owners if their land is sought to be acquired for private parties.

Sources said the idea of bringing back the ‘consent clause’, although most probably in a diluted form, has emerged as one of the ways to soften the resistance to the legislation which has been opposed for allegedly being tilted in favour of industry.

The land acquisition law framed under the UPA made it mandatory that land for PPP projects could be acquired only with the approval of 70% of landowners while the quantum of consent was put at 80% for acquisition for private entities. The provision and the requirement for ‘social impact assessment’ soon turned, going by chief ministers belonging to different parties, into a stumbling block for land acquisition by industry.

The Narendra Modi government has planned to change the two provisions in order to facilitate speedier land acquisition but going by current indications, may be looking to settle for a weaker version of ‘consent clause’ in order to get the bill passed in Rajya Sabha where it lacks the numbers. BJP can get around the problem by holding a joint sitting of Parliament where its superior numbers in the bigger House, Lok Sabha, can help it overwhelm the opposition in Rajya Sabha, but is not keen to go that route because it will be time-consuming and hinder its objective to accelerate growth.

The outreach towards the opponents is spearheaded by Prime Minister Narendra Modi himself who has promised to drop any provision in the NDA legislation which is deemed to be “anti-farmer”. On Wednesday, parliamentary affairs minister M Venkaiah Naidu told reporters that the government could introduce the proposed amendments in Lok Sabha on Monday when it will seek its passage.

Though Naidu fended off queries about the possible changes, he said he and his Cabinet colleagues, home minister Rajnath Singh, transport minister Nitin Gadkari and foreign minister Sushma Swaraj, were holding talks with other parties, including BJP’s allies, for organizing support for the legislation in Rajya Sabha. He also said finance minister Arun Jaitley would talk to the Congress leadership during the weekend.

“The government is willing to take constructive and meaningful suggestions of the opposition on the land bill. Those will be incorporated so long as the core objective of the bill is not defeated,” Naidu said even as he expressed confidence that all parties will “understand the need to pass the bill when it is moved for passing”.

Naidu also asserted that allies like Shiv Sena, Akali Dal and Ramvilas Paswan’s Lok Janshakti Party were on board and would support passage of the bill.

Bhartruhari Mahtab, leader of BJD which has opposed the bill on the ground that it is inimical to farmers’ interests, said his party could change its stand if land owners whose land is sought to be acquired for commercial enterprises, public as well as private, are given a share in profits. Mahtab, who was approached by Rajnath Singh, said his party favoured restricting social impact assessment only to large scale projects, but stressed that the definition of ‘national security’ one of the reasons mentioned in the legislation for which government should be empowered to acquire land — needed to be tightened.

Besides opponents, allies like Akali Dal have also asked for the restoration of consent clause, besides insisting that government should not acquire land for private entities. The Akalis have also demanded a stake for land owners in the projects which come up on their land.