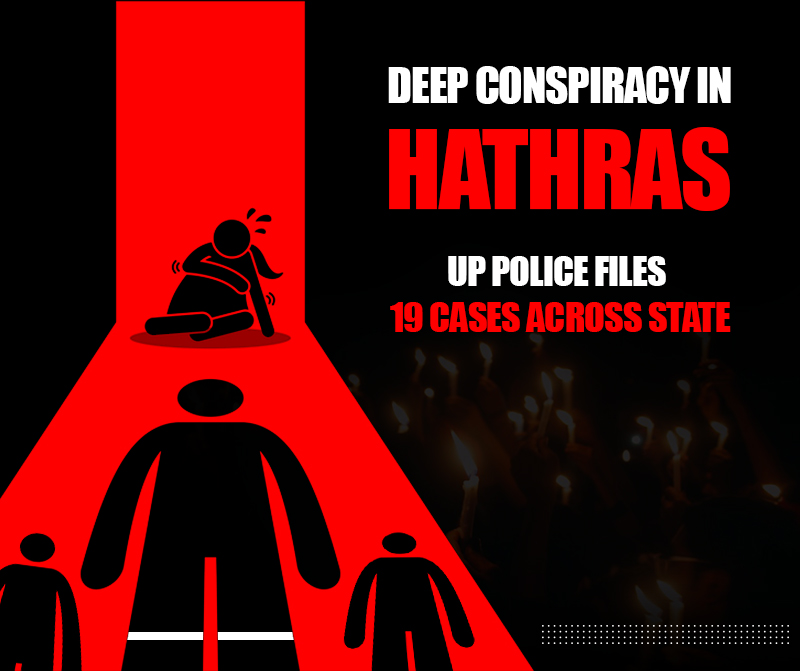 A young woman, belonging to a lower caste from Uttar Pradesh’s Hathras region was assaulted by a group of men on 14th September’20. Half a month into the investigation, the police and doctors have already started showing negligence towards the case.

The forensic sample was collected on 22nd September’20, i.e., eight days after the incident took place. However, according to the government guidelines, the samples should be collected within the first 72 hours as the sperm cannot survive for more than 90 days.

Dr Hamza Malik, president of the Resident Doctor’s Association of Jawaharlal Nehru Medical College, said, “The Agra report cannot confirm or deny rape. Regardless of the presence of sperm or not, it is only an investigation. The ultimate confirmation or denial will be in a court. Many aspects of the investigation will be placed before the court. The court should take suo motu cognizance of the ADG Law and Order’s statement and initiate action against him. He cannot make statements like this. I want to say that neither the FSL report nor an autopsy, or an MLC (medico legal case) can prove or disprove anything concrete. This is all proof that a court will evaluate.”

After the girl was found by her mother, she was taken to Chand Pa police station to file a complaint but the police refused to file an FIR, rejected their claims and humiliated the family. The police later registered the complaint on 20th September and recorded the victim’s statement on 22nd September.

After the victim succumbed to her injuries, she was cremated on 29th September at 2:00 am by the UP police without the consent or knowledge of the family. Her body was burnt using petrol for cremation.

When the news caught fire, UP’s Information & Public Relations addressed it as “fake news”. However, the senior UP police officer claimed that no sperm was found in samples as per the forensics.

Even after the clear case of negligence by the police, no action has been taken against them. Journalists were not allowed to see the family. They were beaten and forcefully made to leave the premises. This incident has disclosed the deep-rooted conspiracy within the law enforcement and the UP government.