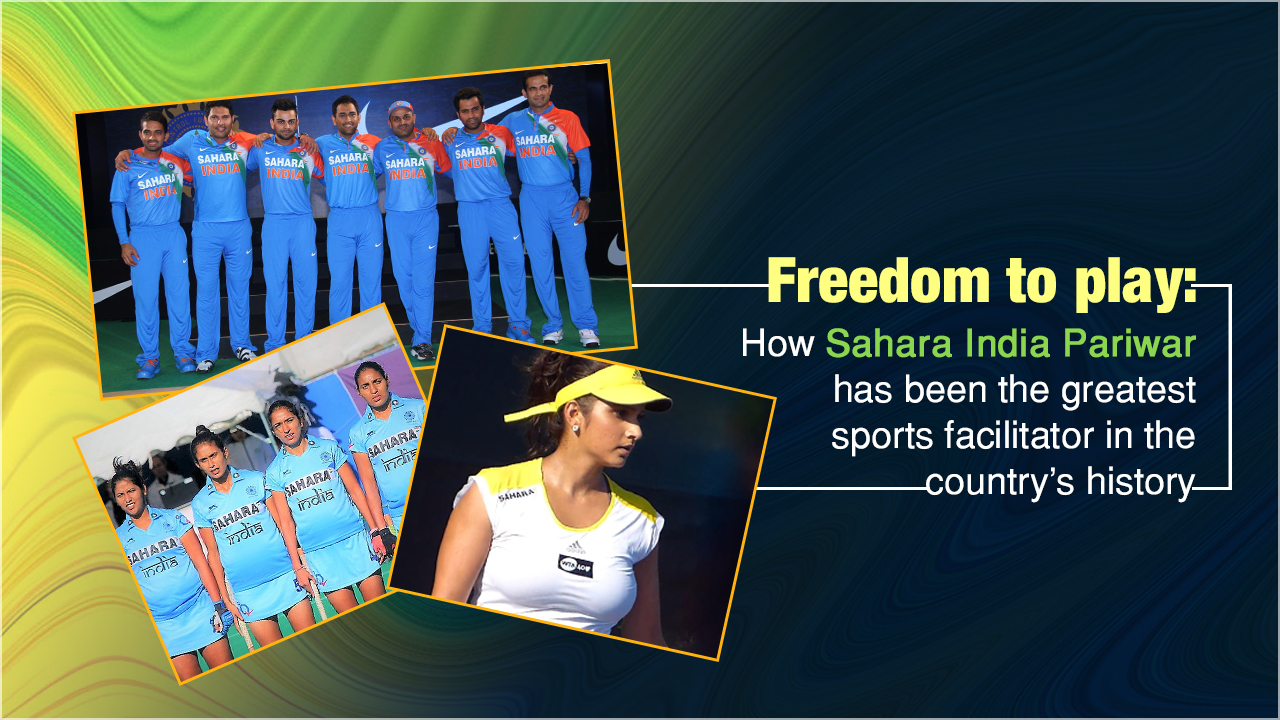 Sportspersons instil the feelings of patriotism and nationalism among the masses through their performances. This Independence Day, it becomes important to talk about the greatest sports facilitator in the country’s history, Sahara India Pariwar.

Indian sports are headed towards an unprecedented growth. With sportspersons becoming national idols through their stellar performances at various national and international sports events, and instilling the feelings of patriotism and nationalism among the masses, it becomes imperative to talk about the force that drove the Indian sports scenario to its present form. According to Sahara India founder Subrata Roy, it is of utmost importance that we encourage our sportsmen religiously, since sports are an integral part of our society. “If we look at the history in the old times, there used to be regular wars and fights all over the world. I feel that human beings have a very strong competitive instinct in them. They want to get some satisfaction out of this particular instinct,” he states.

Subrata Roy adds, “Probably that was the reason why people used to fight, and in every area there used to be a war hero. Gradually, sports took over, and have given satisfaction and solace to that competitive instinct. In my opinion, if you talk about the peaceful co-existence of human society, sports has played a huge role, but it has taken its own time.”

Sahara India Pariwar abides by the words and the vision of its founder, and has provided sponsorship to several teams and individual sportspersons throughout the years. The Indian cricket team donned the classic ‘Sahara India Jersey‘ for over a decade. Being India’s Largest Conglomerate, it also became the official sponsor of Asia’s oldest football league – The Calcutta Football League. Sahara has also sponsored the Senior Indian Hockey Team, along with being the official partner to the Indian Contingent for the 2004 Athens Olympics.

Sahara India’s support extended to individual sportseprsons through the adoption of 95 promising athletes from six Olympic disciplines, which include wrestling, shooting, boxing, archery, track & field, and tennis. With a view to help India bag more medals in the international sporting arena, the selected sportspersons were provided with a 360 degree support until and after the 2012 London Olympics.

India’s performance in various sports at global events has undergone a drastic improvement over the years. The growth rate of Indian sports and the amazing performances of our sportspersons prove how a country can achieve more in sports through a sports awakening and the provison of better facilities to the athletes – an idea first propelled by Sahara India Pariwar.