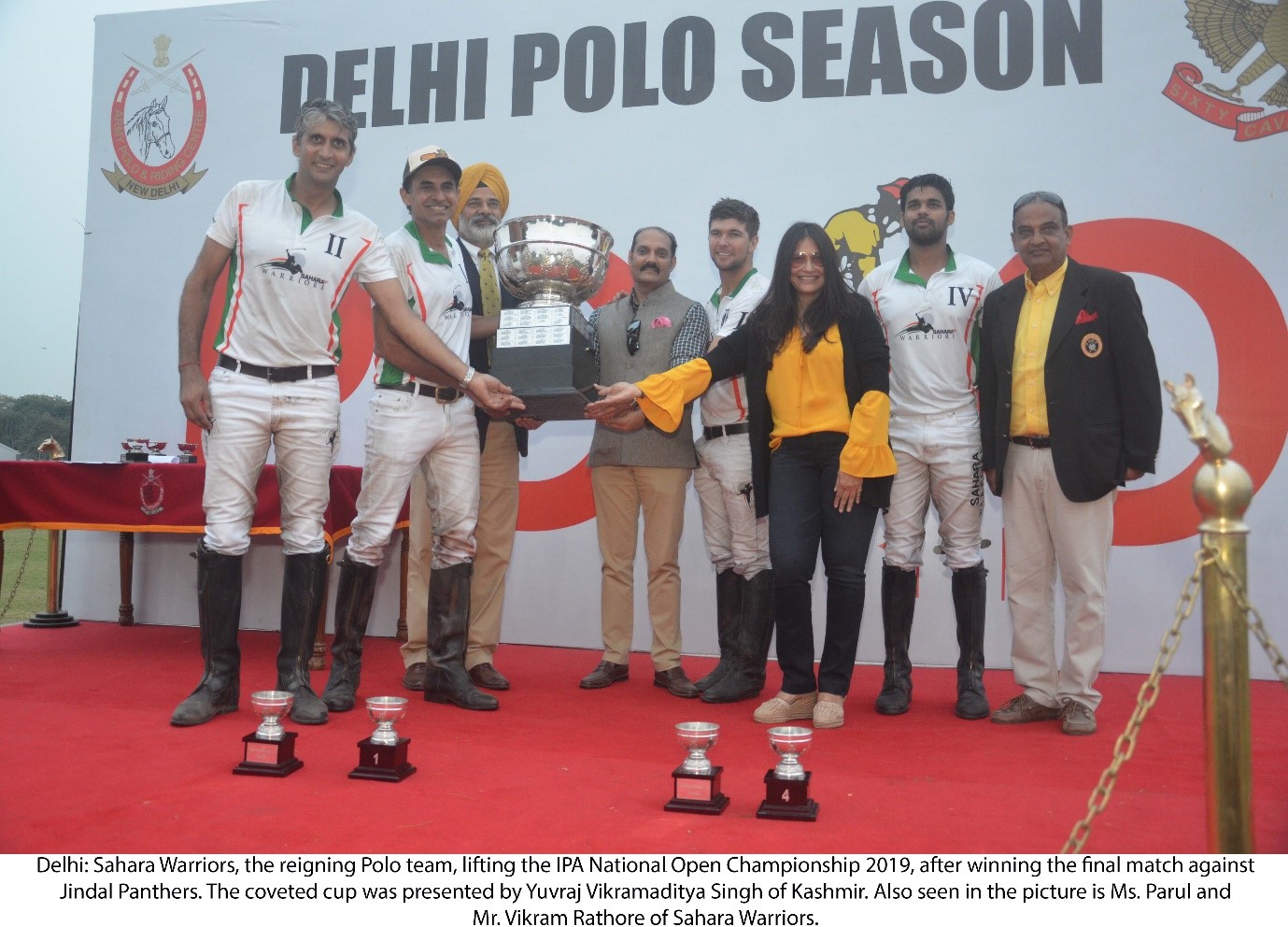 Sahara Warriors, the reigning National Champions, Polo team, has won the IPA National Open Championship 2019 for the second consecutive year by winning the final match against Jindal Panthers, known to be among the strongest opponents in India. The team, donning jerseys in colours from the popular Sahara India Pariwar logo, put their best foot forward and nailed the game during an edge-of-the-seat match. The team members – Chris Mackenzi, Siddhant Sharma, Angad Kalaan and Satinder Garcha ensured the team’s flag flies high. The team was presented the trophy by Yuvraj Vikramaditya Singh of Kashmir, who has previously won this coveted championship several times in his sporting career.

Sahara Warriors has had a fantastic season so far winning four major tournaments of the Indian Polo Association Season at Jaipur and Delhi. Prior to this, the team has won the RPC Cup Jaipur, General Amar Singh Kanota Cup and Maharaja Hari Singh Cup across the year at venues in Delhi and Jaipur.

Once known as the Maharaja’s game, Polo is fast becoming a sport that is gaining ground across the country by penetrating the pockets of society that it had not quite tapped into in the last few decades. Pretty much like other team-sports like Kabaddi and Football, privately-owned teams are mushrooming in a big way, and leading the race here is Sahara Warriors, the team that recently won the IPA National Open Championship, making it the team’s fourth big win this year.