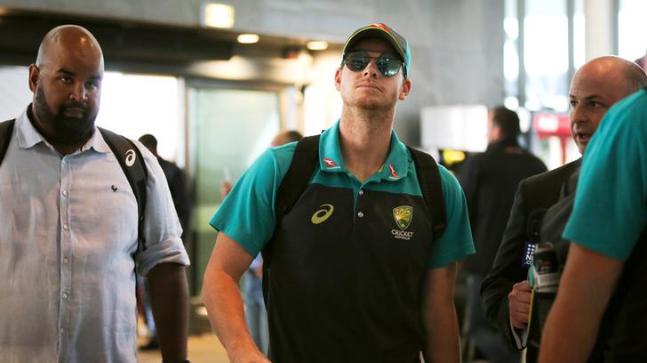 The former Australian captain Steven Smith apologized for the ball-tampering incident and broke down in tears while addressing the media in Sydney.

While speaking at the news conference, Smith said “It was the failure of my leadership.”

“Any time you think about making a questionable decision, think about affecting your parents. To see the way my old man has been, and my mum, it hurts. I just want to say I’m sorry for the pain I have brought to Australia and the fans and the public,” stated Smith, who is also the number 1 ranked batsman in test cricket currently.

“To all my team-mates, to fans of cricket all over the world, to all the Australians who are disappointed and angry, I am sorry. I want to make clear that as captain of the Australian cricket team I take full responsibility. I made a serious error of judgement and I now understand the consequences. It was a failure of my leadership. I will do everything I can to make up for my mistake and the damage it has caused,” he said.

Bancroft and Warner have also apologized for their involvement in the ball-tampering incident / scandal.

While speaking to the media at Perth, Bancroft said “It’s something I will regret for the rest of my life. I feel like I’ve let everyone down in Australia.”

Bancroft earlier claimed that he had used a yellow tape to change the condition of the ball. However, investigations proved that the 25-year old batsman had used sandpaper to tamper the ball. Talking about the incident Bancroft said “I lied, I lied about the sandpaper. I panicked in that situation and I’m very sorry. I feel like I’ve let everyone down in Australia.”

“It’s going to be a really long road particularly for myself to earn that respect back but for me that’s the most important thing,” he concluded.

On the other hand, former vice captain David Warner apologized on twitter “To cricket fans in Australia and all over the world: I am currently on my way to Sydney. Mistakes have been made which have damaged cricket. I apologise for my part and take responsibility for it.”

He also wrote “I understand the distress this has caused the sport and its fans. It’s a stain on the game we all love and I have loved since I was a boy. I need to take a deep breath and spend time with my family, friends and trusted advisors. You will hear from me in a few days.”

The incident has shocked the entire fraternity of cricket and some of the former cricketers have asked for strict action against the players. A number of cricket lovers around the world have taken to social media sites to show their disappointed and anger over the ball-tampering incident.