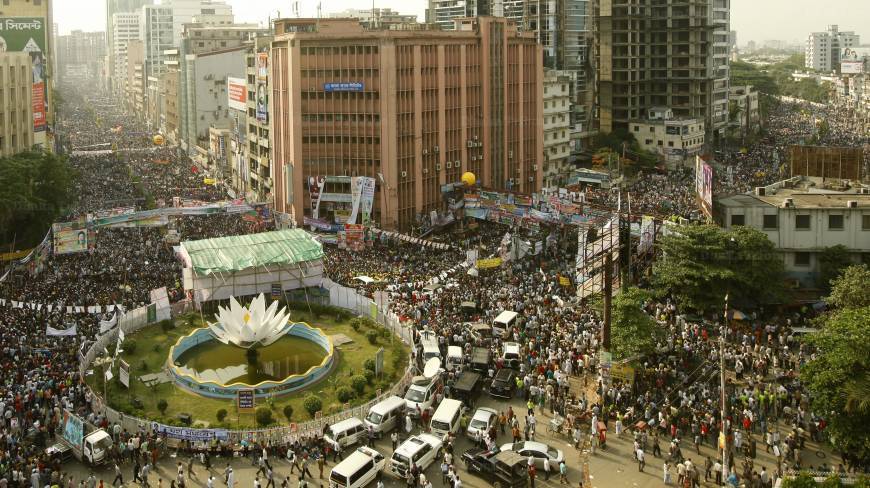 Bangladesh is a country which comprises of a capable government with one robust vision, sound economic growth, an energetic workforce and an expanding domestic market. The nation has become a hub for foreign investments and the recent surge in FDI justifies that.

Salman F Rahman, private sector development affairs advisor to the PM Sheikh Hasina, recently emphasized upon the same perspective when he said, “Bangladesh is now considered one of the most attractive investment destinations in the world”.

This has certainly not been an overnight achievement and has only become plausible due to the diligence and efficiency of the Sheikh Hasina led government, contributing significantly to the nation’s economic growth.

At a meeting with a 23 member business delegation of the U.K. – Bangladesh’s most prominent and successful businessman, Salman F Rahman, at his Gulshan office talked about the governance of PM Sheikh Hasina. He mentioned that the country has experienced immense growth and is currently undergoing a massive transition towards prosperity.

To facilitate this grand vision, Salman F Rahman urged the British-Bangladeshi business people to seize the investment opportunities. “Bangladeshi origin people living in Britain could also send a proposal to the Bangladeshi government to set aside a dedicated special economic zone for them,” he said.

Like many Asians, Bangladeshis are present in abundance in the western world. That considered, their presence could influence on the international community to invest in Bangladesh’s growing economy. Acknowledging their contribution, Salman thanked the Bangladeshis living in the U.K.and urged them for their continued support at the world stage.

He also called upon the British- Bangladeshis to be prepared for the drastic challenges of fundamentally different, fourth industrial revolution.

The business delegation was quite pleased with Salman F Rahman’s vision. The response of the delegation was quite positive to Salman’s idea of organizing investment summits and proposing the government to allocate a special economic zone for British-Bangladeshi businessmen. They further expressed their interests to invest in various sectors of Bangladesh.