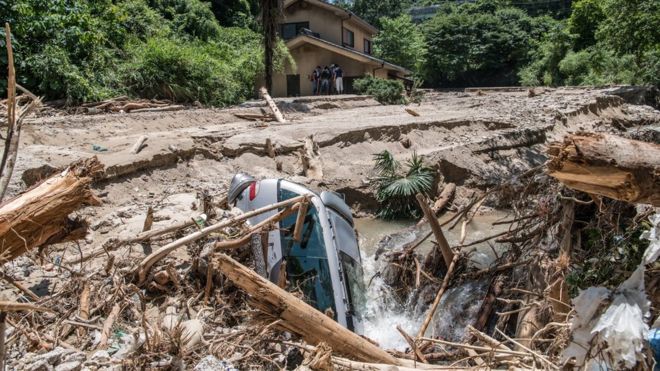 Japan has witnessed the worst weather disaster in 36 years with around 200 people already dead and many more casualties feared by the authorities. Intense heat and water shortages have raised the fear of disease outbreaks in the flood-hit western area of the country. 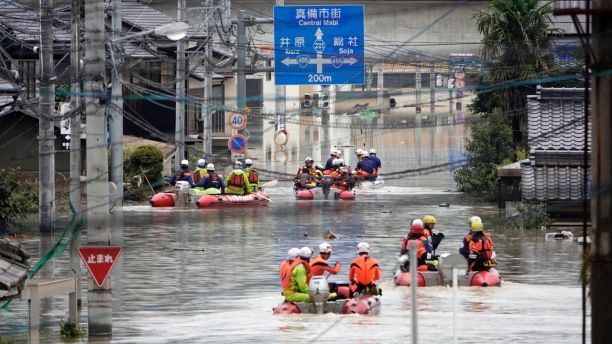 According to the sources, more than 200,000 households had no water a week after torrential rains caused floods and set off landslides, bringing death and destruction to decades-old communities. Thousands of people are displaced, while dozens are missing.

The daily temperature of 30 degree Celsius and high humidity levels have further made the situation precarious. Life in school gymnasiums and other evacuation centers is getting tough. With few portable fans in the evacuation centers, many survivors tried to cool themselves with paper fans.

The people are not getting enough fluids with the limited water supply. They are in danger of suffering from heatstroke and are vulnerable to several other diseases. People are not able to clean up anything, raising fears of epidemics.

Although the government has sent water trucks to the disaster areas, the supplies are limited. Around 70,000 military, police and firefighters looked for the evacuation of people under the debris. While some teams shoveled dirt into the sacks, others piled the bags into trucks. A number of evacuators used diggers and chainsaws to work through the landslides.

The search was made difficult by the areas buried deep in mud that smelled like sewage. The authorities are trying their best to limit the casualties, but the problem seems to be far from over.