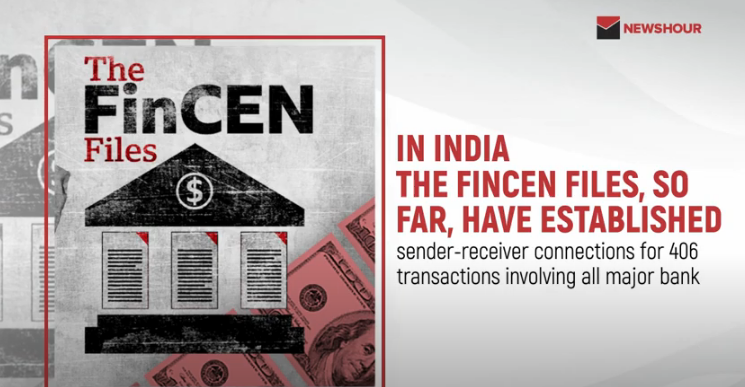 Around 44 Indian banks are identified in relation to transactions by Indian entities and individuals in a set of Suspicious Activity Reports filed by the US banks to the Financial Crimes Enforcement Network (FinCEN).

However, HDFC Bank, ICICI Bank, Kotak Mahindra Bank, Axis Bank, and IndusInd Bank are among the private banks highlighted in the SARs. The investigated records showed that the Indian banks mentioned in the SARs include: state-owned Punjab National Bank (290 transactions); State Bank of India (102); Bank of Baroda (93); Union Bank of India (99) and Canara Bank (190), among other banking institutions.

There are many cases, records highlight, where suspicious transactions are shown through the international payment gateway of foreign banks. Under this, a bank (correspondent) holds deposits that are owned by other banks (respondents) and offers payment and various other services to respondent banks. Through these banking relationships, banks can easily access financial services across many other jurisdictions and offer cross-border payment services to their clients.

The Financial Crimes Enforcement Network (FinCEN) has also released an advisory that any unauthorized disclosure of a SAR is a breach of the US federal law and in terms of both civil and criminal penalties may be levied for SAR disclosure violations.