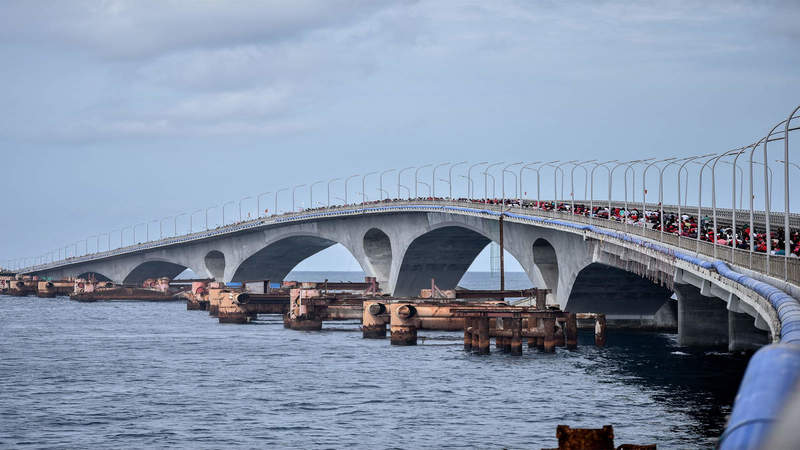 India has now signed one of the biggest infrastructure projects in the Maldives. GMCP is better known as the Greater Male Connectivity Project. Its development will be carried out by a Maharashtra-based construction and engineering company Afcons. The company will sign an agreement with the government of Maldives.

The GMCP is being built and executed at the request of President Ibrahim Mohamed Solih and foreign minister Abdulla Shahid during the visit of external affairs minister Dr. S Jaishankar to the Maldives in September 2019. It is considered to be an economic lifeline for the Maldives. It will provide a major improvement in the connectivity between the four islands which carry half of the Maldivian population.

The project has been funded under an Indian grant of $100 million along with a line credit of $400 million. The 6.74 km long bridge and causeway link will connect Maldives’ capital Male with adjoining islands of Villingli, Gulhifalhu, and Thilafushi.

Since President Solih assumed office in November 2018, India and the Maldives have forged strong bilateral ties. India has offered assistance to the Maldives from time to time and during the coronavirus disease (Covid-19) pandemic, it supplied vaccines and economic support to the island nation.

India has undertaken 30 community-oriented projects in the Maldives. Out of these 13 have been inaugurated while the rest are expected to be completed by this year in December. During Solih’s first visit to India which took place in December 2018, an economic package of $1.4 billion was declared. The economic package includes a line of credit of $800 million for airport expansion, building roads and water and sanitation plants, a state-of-the-art cricket stadium, along a police academy.

The assistance offered by India has been aligned with the Maldives’ priorities, including regional development as well as decentralization. The Maldives is the first country of South Asia with which India began an air travel bubble during Covid-19. Today, there are about 60 weekly flights connecting Malé with five Indian cities.