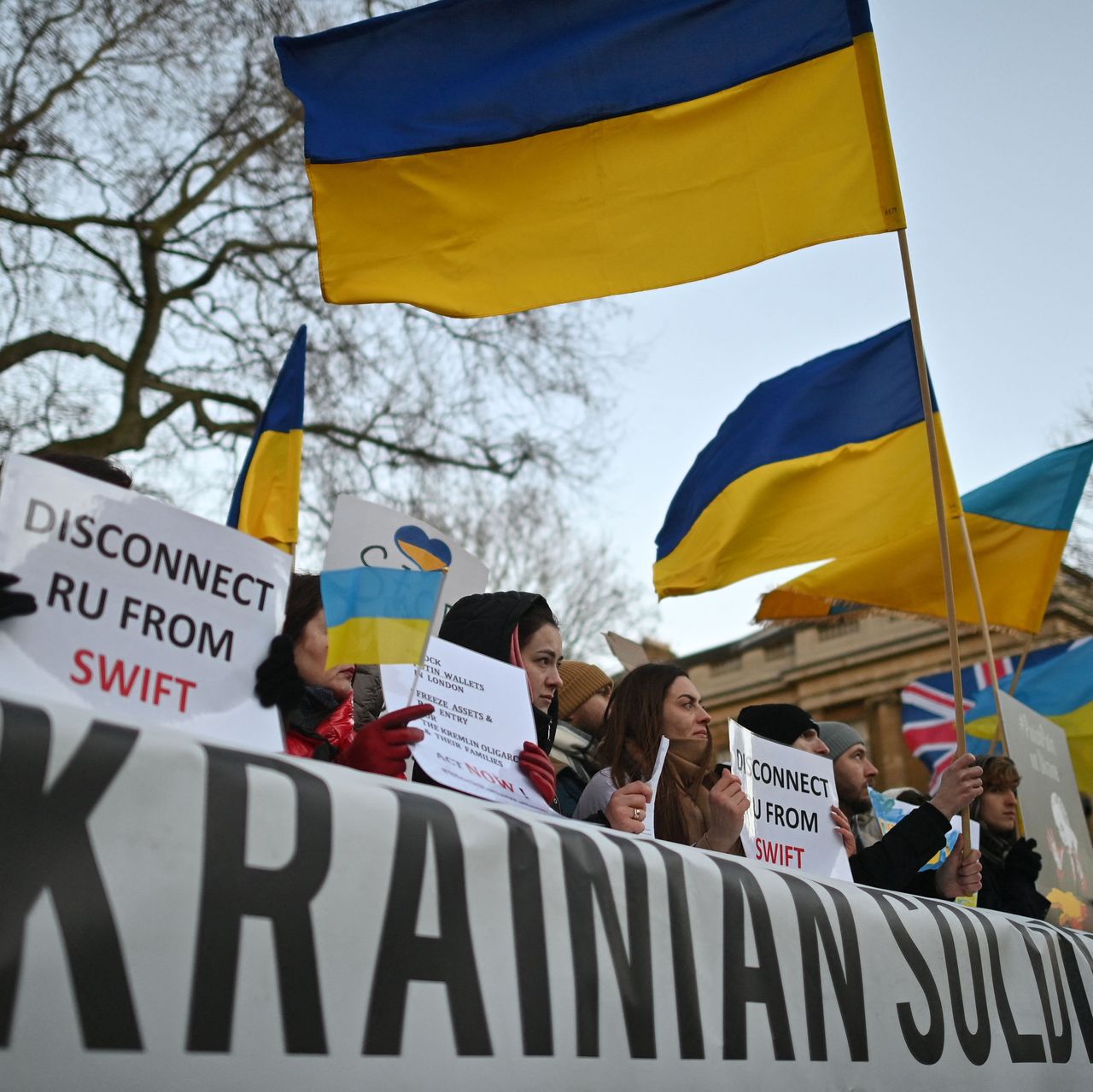 The war hounds are certainly straining against their leashes. Vladimir Putin announced his intentions to formally recognize the separatist regions of Donetsk and Luhansk as independent entities. To that end, he has signed a presidential decree recognizing their statehood – a move which many say will torpedo efforts to hold a last-minute summit with US President, Joe Biden.

Although the fighting in eastern Ukraine has died down after the signing of the 2015 peace deal, tensions have simmered again in light of recent developments. Known as the Minsk Accords, the treaty ended major hostilities, which both the West and Russia say will form a road map for diplomatic solutions.

However, by signing the Presidential decree, Putin seems to have done away with any attempt at reconciliation. Perhaps, from his perspective, eastern Ukraine was and is a part of Russia. Interestingly, it was Nikita Khrushchev, Premier of the erstwhile Soviet Union and a native Ukrainian, who had famously enabled a Ukrainian revival and transferred Crimea from Russia.

Putin has always maintained that Ukraine is an integral part of Russia’s history and any attempts to portray otherwise would be subversive to Russia’s interest. He reinstated this point in a televised address and expressed confidence that the Russian people would back his decision.

The Russian President broke the news to his German and French counterparts over a phone call, much to their chagrin. Germany and France expressed disappointment over Putin’s decision. German Chancellor, Olaf Scholz, reportedly told Putin that recognizing the independence of the separatist regions would amount to a “one-sided breach” of the Minsk Accords.

The rationale behind Putin’s decision cannot be deciphered easily. One can only speculate on what must have happened. However, a closer examination of the Minsk Accords can paint a clearer picture.

Aptly named after the capital of Belarus where the agreements were signed in 2014-15, the Minsk Accords put an end to large-scale fighting in Ukraine’s eastern region. The aim was to secure a ceasefire between Russian-backed separatists and the Ukrainian forces. The Accords paves a way for future elections in the two regions and their eventual reintegration into Ukraine.

One needs to keep in mind that Donetsk and Luhansk are largely Russian-speaking regions with closer ties to Moscow than Kyiv. This has largely played into Russia’s hands as a cultural bond is something not so easily severed.

While the West and Russia have stated their intentions to devise a diplomatic solution through the Minsk Accords, their end games are poles apart.

Ukraine and the West see the Accords as a precursor for the eventual reintegration of the two regions with some devolved powers. However, Russia senses an opportunity to install a pro-Moscow administration with special powers before their reintegration. A government sympathetic to the Russian cause would allow the Kremlin to exercise a significant influence in Ukrainian domestic affairs.

Perhaps, Putin’s unwillingness to cede the eastern regions and risk a potential loss of face might have provoked such a drastic measure. In addition to signing the decree, Russian troops have been ordered into the two regions on “peacekeeping’ duties.

The presence of Russian troops in Donetsk and Luhansk has faced widespread condemnation from the West. This is the first time that Russian troops have been deputed to the regions ‘officially’. Moscow has vehemently denied the presence of its regular armed forces in the two regions and has been awfully vague about its hand in the conflict.

However, with the official order to deploy Russian peacekeeping forces in the regions, there is no room for misconstruction. The Kremlin has maintained that the troops were there only for peacekeeping duties.

The West has rejected Russia’s peacekeeping claims. Ukrainian President, Volodymyr Zelensky, accused Russia of violating its sovereignty and said that his country would not “give anything away to anyone”. Reiterating that Kyiv needed “clear and effective actions of support” from its international partners, he said, “It is very important to see now who our real friend and partner is, and who will continue to scare the Russian Federation with words only.”

President Joe Biden has already signed an executive order that prohibits new investment, trade and financing by Americans in Donetsk and Luhansk. The White House also confirmed that separate sanctions would follow should Russia choose to invade Ukraine.

Surprisingly, Putin’s move has banded the West together, which up to now was divided on the whole issue. The European Union pledged solidarity with Ukraine, promising to “react with unity, firmness and with determination”.

The stage is set for a showdown. Both sides are at an impasse and with the signing of the decree, all hopes of a diplomatic solution seems to have vaporized. Has Putin overplayed his hand this time around?