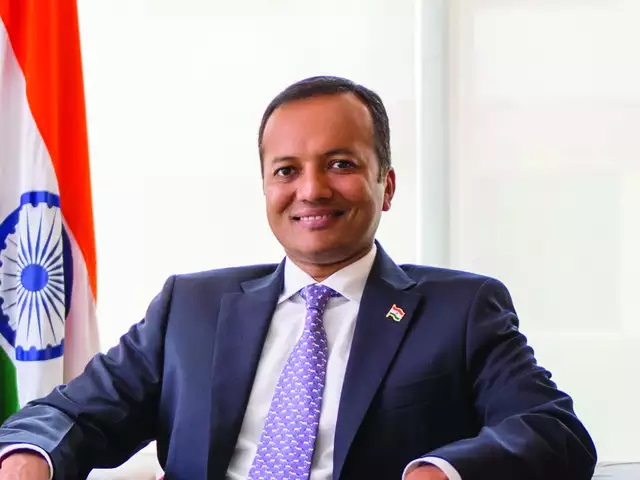 Success doesn’t come overnight; neither does the transformation of communities materialize from the heavens. It takes a lot to conceive sustainable ideas and turn them into reality. Yet, some passionate individuals explore the entrepreneurial orbit to scale the unexpected heights, while also influencing the fellow countrymen by impacting several lives during the course of their journey.

Business acumen wasn’t the only trait that the industrialist Naveen Jindal inherited from his father O.P. Jindal. He made sure that the legacy of decades never died down, but shined through the prism of unflustered vision and determination that followed the suit. A bright student from his school days, Naveen Jindal possessed all the ingredients to become more than just a business mogul without a shadow of a doubt.

The 42-year old businessman may have been the youngest child of his parents, but his penchant for leadership became evident in his teenage. Naveen Jindal’s ability to foresee and observe the slightest changes in the operations or the market scenario quickly rubbed on to his family business. Holding the fort after the demise of his father, he continued on his merry way to transform a sluggish business into one of the biggest iron manufacturing plants in the world.

As the chairman of Jindal Steel and Power Limited, Naveen has set new benchmarks by achieving several feats in the world of steel manufacturing. Under his leadership, JSPL introduced the world’s longest 121-metre long rails in the country, besides becoming the first manufacturer of head hardened rails for high-speed trains and metros in India. However, it is his love for the country and a strong will to address the issues of the public that make him stand apart from the rest in the fray.

Under the leadership of Naveen, JSPL has launched multidimensional social development projects for the upliftment of less-privileged communities. Through the CSR arm of the company known as JSPL Foundation, a number of initiatives have supported the local students, athletes and sports persons to showcase their talent on a decent platform.

Naveen Jindal’s love for the motherland is not only evident from the initiatives of his company, but the industrialist was able to lead the legal struggle single-handedly for the right of Indian citizens to hoist and wave the national flag on any given day. He managed to win the case on behalf of his 130 crore countrymen, as the Supreme Court finally gave the fundamental right of hoisting the flag to every citizen by passing a verdict on January 23, 2004. Soon after, the flag foundation was set up to popularize the display of Tiranga after the landmark judgement. The foundation has already installed 82 flags in different places across the country.

A charismatic, yet a down to earth individual, Naveen Jindal is determined to bring about a change and impact many lives during the course of his journey. From transforming his own business to becoming a member of the parliament, from representing his country in the world of sports to going beyond the statutory obligation, he had made a lasting impact on several communities. This business tycoon is buoyed by the contribution of youth in the nation’s development and believes that they have a major role to play in making the country self-reliant.