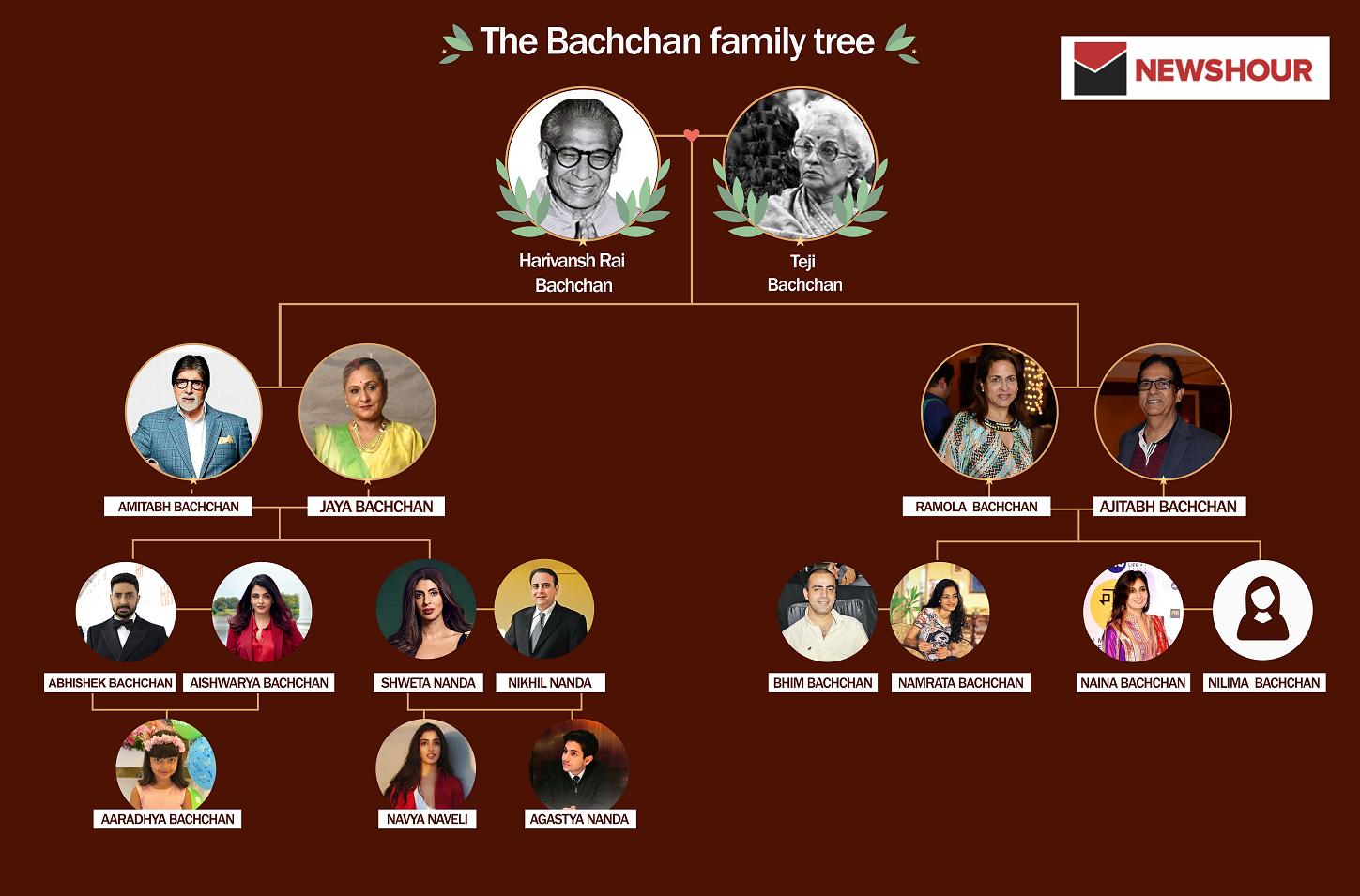 Everyone is so intrigued to know about the Bachchan family tree. The famous, evergreen and largely loved family of Bachchans have made a place in our hearts like no one else. The notable members of the family include Amitabh’s parents, late Harivansh Rai Bachchan and social activist Teji Bachchan; his wife, actress Jaya Bhaduri; their daughter Sweta Bachchan Nanda; their son, actor Abhishek Bachchan; and Abhishek’s wife, actress Aishwarya Rai. In 2007, Time listed Amitabh Bachchan and Aishwarya Rai on its list of the most influential Indians from the Bachchan family tree.

Harivansh Rai Bachchan is known for his groundbreaking work in Hindi poetry and writing. Amitabh Bachchan too also adapted the same command over Hindi language and has been known not only for his spirit shaking acting but also his beautiful poetry.

So here is how the Bachchan family tree grew and continues to grow:

So who is your favorite Bachchan from the Bachchan family tree and why, what are the few things that fascinate you the most about the bolly-family of Bachchans?