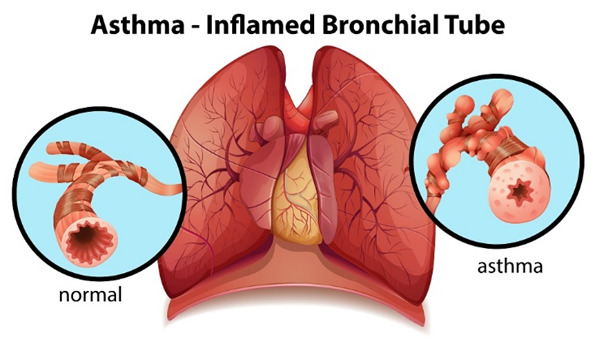 An inflammatory disease of the airways to the lungs, asthma poses a major threat to human life. Apart from the breathing difficulties, it can hinder your everyday life as well. Asthma is mainly caused due to the tightening of muscles around your airways.

Asthma is much more than just coughing and wheezing. And, it is serious in all its forms. A recent medical survey reported that a number of people who previously had been diagnosed with mild asthma, were experiencing a life-threatening attack. Thus, it becomes important to keep a check on its symptoms, which include:

Although there is no single cause for asthma, a number of factors increase its risk. Listed below are some of the most common causes of this disease:

Genes and hereditary: You are more likely to suffer from asthma in case your mother/father has it.

Hygiene hypothesis: Asthma can also be caused if you are not exposed to enough bacteria during your infancy. This results in a weak immune system, which cannot fight asthma or other medical conditions.

Excessive exposure to allergens: Frequent contact with allergens or irritants increases your risk of suffering from asthma. Some of the possible allergens include chemical fumes, strong odors, smoke, animal dander, dust mites, pollen, etc. Extreme weather conditions, like high humidity or low temperature, can also lead to an asthma attack.