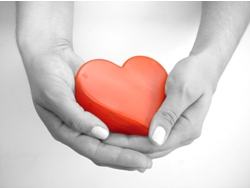 Headquartered in Bengaluru, Narayana Hrudayalaya (NH) extended the World Heart Day campaign based on a unique theme, ‘Power Your Life‘. A ‘Cyclothon’ was organized, starting from KTPO, Convention Center—Whitefield on Oct 2, 2016. The Cyclothon received an overwhelming response from more than 300 attendees including doctors and staff of Narayana Health Network of Hospitals along with young IT professionals and residents of Whitefield. Great enthusiasm was visible amongst the high-spirited participants throughout the event.

The motive of this campaign was to spread awareness about heart disease and stroke prevention. This initiative aimed at imparting awareness about the benefits of leading a healthy lifestyle to prevent cardiovascular diseases. The Cyclothon event was inaugurated by Venkatesh Prasad, former Indian cricketer and Aishani Shetty, Kannada Cine Actress, who motivated people for a healthy lifestyle.

“It is overwhelming to witness the sheer enthusiasm of the people of Bangalore – young and old who have come together in such large numbers to support the ‘Power Your Life’ campaign to promote World Heart Day through this Cyclothon event. Many of them took a pledge to keep fit and live a healthy life, caring for their heart”, said Hanuman Prasad, Zonal Director – Narayana Health.

Last year, the NH Group also organized 336 cardiac screening camps that benefited more than 44,000 people. Over 3500 were detected with serious heart ailments that were successfully treated at Narayana Hrudayalaya Hospital. Out of these patients, 540 were women and 300 of them had health conditions such as diabetes and hypertension.

Narayana Hrudayalaya has always encouraged initiatives towards being heart healthy. Such health marathons speed up the awareness drive on critical health issues and encourage healthy living.

Cost of Covid-19: Life or Economy? Which one will suffer

Is an indigenously-developed Coronavirus Vaccine going to be in India anytime soon?