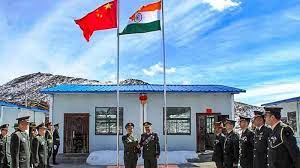 After nearly two years of stand-off in East Ladakh, the Indian military has lowered their expectation of a positive outcome from the 15th round of India-China military commanders meeting at Chusul. The military escalation sparked off after the PLA unilaterally changed their ground positions between Galwan Valley and North of Pangong Tso Lake in May, 2020.

The Indian army is on alert mode to restrain any Chinese aggression in the area, since the PLA is trying to fully restore the April 2020 status quo ante. It is still holding on to forward positions at Gogra-Hot Springs area. Despite the low expectations, both sides have decided to keep up the military channels open so that both are prepared for worst case scenarios.

Since May 2020, nearly 50,000 troops and support elements like artillery, armour and rocket regiments have been deployed on both sides of the LAC. There is no sign of de-escalation since the procedure of disengagement was not completed by the PLA in Kong Ka La area.

At a time when Russia and Ukraine are going shoulder to shoulder, Beijing wants to portray itself as a reasonable nation that is open for dialogue. Chinese foreign minister Wang Yi is making statement to resolve friction between two armies, however, his actions on the PLA to upgrade military infrastructure all along the LAC are not going in harmony with his statement.

In order to further consolidate the hold of Beijing on Tibet and Xinjiang, Chinese communist party has built new roads North of Ladakh with an aim to further expand their hold on Pakistan.

The national security planners are concerned over China’s move as all the written and signed bilateral border peace agreements were discarded by the PLA last year when it transgressed into Galwan and north of Pangong Tso Lake with a sole objective of rejecting 1960 line on the Ladakh LAC.